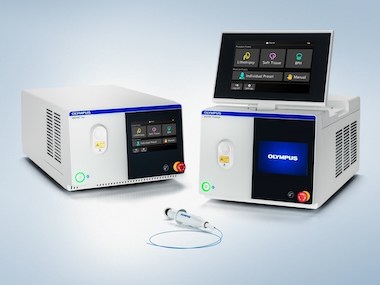 Olympus has announced the enrollment of the first patient into an international clinical trial to assess the use of its Soltive laser system in the treatment of kidney and ureteral stones.

The surgical procedure marking the commencement of the trial was carried out at the University of Kansas School of Medicine.

Ultimately the clinical study is intended to enroll 450 participants, and take place at up to five centers in the US, three centers in Europe, and one center in Canada.

The primary goal of the study is to measure the number of patients who remain free of stones after three months following treatment. It is due to conclude in October 2021.

"As one of the first physicians to test this new technology, I am thrilled to have treated the first patient as part of this important study," said Wilson Molina from the University of Kansas Medical School.

"The Soltive Laser System is silent, portable, and user friendly, and it performs wonderfully. I can't think about any clinical scenario for intracorporeal lithotripsy that can't be managed with this system."

Current procedures for lithotripsy, in which a kidney stone or other hard mass in broken down into fragments, use older laser platforms including Holmium:YAG sources, as alternatives to traditional ultrasound techniques.

These existing laser-based procedures tend to produce stone-free outcomes in between 65 and 92 percent of patients, due to inherent variations in number of stones, their size, location, and composition.

Thulium lasers have been a promising route to better performance ever since the first thulium-doped DFB laser was developed in 2004. Introducing the Soltive platform in June 2020, Olympus described it as marking the introduction on thulium fiber lasers into the medical world.

Holmium:YAG sources have become established in urology applications thanks to their compatibility with clinical uretoscopes and their applicability to other soft tissue procedures as a way to offset the initial costs of the equipment. The appeal of a thulium source stems from the ability to optimize the emission wavelength so as to more closely match the near-IR water absorption peak of the stones, and so break them apart more effectively.

A 2019 survey calculated that a thulium source could enable a 1.5 to 4 times faster ablation rate for kidney stones, compared to holmium:YAG. This should allow the treatment of bigger stones endoscopically, avoiding the need to access the kidney through an incision in the patient's back and simplifying the surgery considerably.

Early real-world results from use of the platform in the clinical trial suggests that these advantages can indeed be realized, according to Olympus.

"In my initial experience with the Soltive laser system, we are going almost twice as fast and using a third less total energy to obtain the same results in stone ablation compared to the Holmium:YAG system," commented Olivier Traxer of the University Sorbonne in Paris, co-Principal Investigator of the trial. "It's clear to me that we are doing a better job with the thulium fibers."