New buildings in US, UK, and China for increased production of optical sensors, and new brand identity. 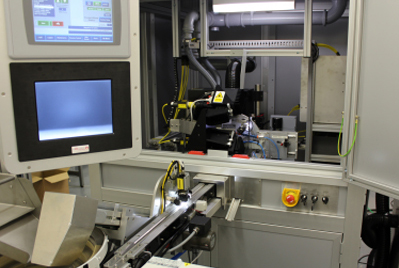 OpTek Systems, a precision laser processing company and part of the Humanetics Group, has announced significant investment into new facilities in Europe, Asia and the USA, coinciding with the launch of its new corporate identity.

In February 2019, Safety Technology Holdings announced the acquisition of OpTek Systems. STH is a portfolio company of UK-based private equity firm Bridgepoint and is a holding company with well-known niche test and measurement sector companies.

Following a period of rapid growth, OpTek is now expanding its operational facilities in the US, Europe and Asia. It extended its facility in Greenville, South Carolina by adding 2,000 sq ft (186m2) of additional fiber-processing and machine commissioning space.

The company has just opened a new facility co-located with another Humanetics Group company, HITEC Sensors in Chelmsford, MA, near to Boston’s tech hub and MIT. In Dongguan, China, it has added 2,000 sq ft to its processing and assembly area to meet new orders for millions of fiber-optic sensors for the medical area.

In the UK, OpTek has added a new 4,000 sq ft (372m2) building to its Abingdon, Oxford facility, and in 2021 this division will move into a new building that will collocate all Oxford operations in a purpose-designed building.

OpTek has also refreshed its brand identity in line with its sister companies from across the Humanetics Group (comprising Optek, Humanetics, Hitec Sensors, Fibercore) and launched a new digital presence.

Mike Osborne, CEO OpTek Systems, commented, “We are excited to bring a new refreshed look to our business and a more sophisticated way to engage with our customers on digital channels. Joining the Humanetics Group has given us deep financial backing, access to new engineering capabilities, geographic reach and sector knowledge.”

Founded in 2000, by Osborne and two entrepreneurial engineers, OpTek has since grown from its base in Oxford, UK, to have manufacturing facilities in Asia and the USA. “We work with some of the world’s largest companies, manufacturing some of the smallest components to the accuracy of a micron,” said Mike Osborne.

“There are very few other laser companies that can develop solutions that manufacture at scale with such microscopic accuracy. Our laser micromachining and optical fiber-processing capabilities serve a wide range of applications.

“More than 80% of the top 10 companies in medical devices, electronics, aerospace, and data communications partner with OpTek, and the company also serves energy, automotive, pharmaceutical and several other markets," he said. “Our growth has been phenomenal – doubling every few years. The increased demand for sophisticated fiber optics and micro manufacturing has exploded with the growth of technologies like 5G, sensors, and nano electronics.”