Photonics firms recognised in Queen's Awards for exports and innovation

As the UK’s Queen celebrates her 90th birthday today, 243 businesses across the UK are also doubly celebrating, having received a Queen’s Award for Enterprise, recognizing their contribution to international trade, innovation and sustainable development. As with previous years, a good number of the winners develop photonics-related systems.

The Government’s Business Secretary Sajid Javid said, "The Queen’s Awards are a great way of celebrating the best of British business. Whether you’re a disruptive start-up making life easier for your customers or a large company with a blockbuster product, these awards recognize your contribution to enterprise. We are a country full of exciting and innovative businesses that deserve to be celebrated. I’d like to commend all the winners for their hard work in creating jobs for people and driving our growing economy.” 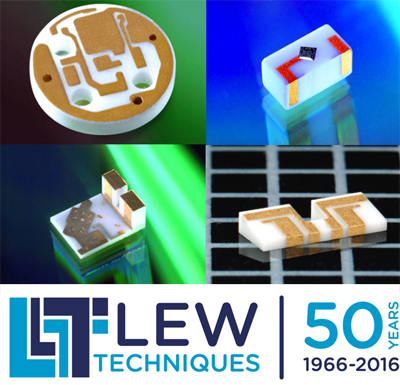 LEW Techniques, Taunton, a manufacturer of miniature precision components for the mounting and interconnect of laser diodes, bars, stacks and photodiodes and other semiconductor devices, won a Queen’s Award for Enterprise. The company, which this year celebrates its 50th anniversary, won the Queen’s Award for Enterprise in International Trade; overseas sales have grown by 60% over the last three years and the proportion of sales exported has increased to 66% of total sales with major export markets including China, Germany, Malaysia, USA and France.

Andrew Walker, Technical Director, commented, “Our products are used in telecommunications, commercial optronics, defense, automotive and space and during our last financial year we shipped over one million components across more than 200 different designs.”

M Squared Lasers, Glasgow, has again been recognised in this year’s Queen’s Awards Innovation category for its achievements in advancing key scientific studies in quantum technology through the development of its SolsTiS laser platform. SolsTiS applications range from constructing the world’s most accurate clocks, the first demonstration of teleportation of information, creating cameras that can see around corners, conducting antimatter experimentation and building spacecraft ion-drives. Other notable projects include collaboration with the UK government’s £120 million national network of Quantum Hubs to explore the properties of quantum mechanics.

Founder and CEO, Dr Graeme Malcolm OBE commented, “In the same way digital displaced analogue, quantum technology will be the catalyst for an entirely new generation of applications. Britain is well placed to progress as a world leader in the quantum technology sector. The early adoption and innovation of new scientific applications is a longstanding feature in British culture and we are proud to continue that tradition through our work.” 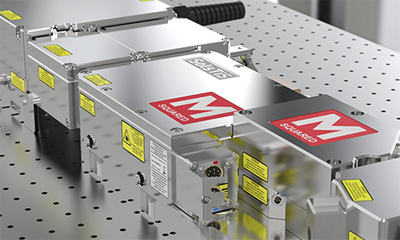 Specialised Imaging, Tring, which was also a QA winner in 2011, focuses on the design, manufacture, service and supply of ultra-high-speed imaging systems and components for industrial, military and scientific applications.

Optek Systems*, headquartered in Abingdon, Oxfordshire, won its second Queen's Award this year. The firm is a supplier of precision laser micromachining equipment and services, across a wide range of applications and industrial sectors, and says that its business has doubled since the earlier win in 2011.

Mike Osborne, founder and technical director at Optek, which has offices in the US, China and Japan, said: “International trade is central to our business and this award recognises the investments we’ve made in developing our network and the hard work and dedication of all our staff and partners.”

NCam, London, which develops augmented reality technology for the entertainment industries. At its core is a unique camera tracking solution that offers film & TV productions virtual and augmented graphic technology without limits. The device uses a lightweight sensor bar attached to a camera to track natural features in the environment, allowing the camera to move freely in all locations while generating a continuous stream of extremely precise positional and rotational information that can feed all industry standard graphics engines via Ncam's powerful and flexible SDK.

Lumishore, Swansea, develops underwater lighting for boats with “the brightest and highest quality LED technology on the market”, the company claims. Lumishore's innovative underwater lights offer solutions for all types of boats. 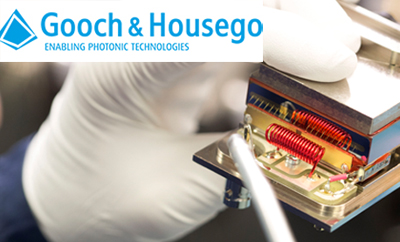 Gooch & Housego, Ilminster, is a global leader in photonics technology. Its expertise extends from research through the development of prototypes to volume manufacturing and enables innovation and effective manufacturing in the aerospace & defense, industrial, life sciences and scientific research sectors.

Greenlighting, Worcester, received an Innovation Award for the development of a new customer service charter to support its LED lighting products. For over a decade Green Lighting have designed and manufactured low energy lighting to exceed the requirements of building regulations.

*updated (April 22): updated to correct the identity of Optek Systems. The original version incorrectly identified Optek Technology as a recipient.