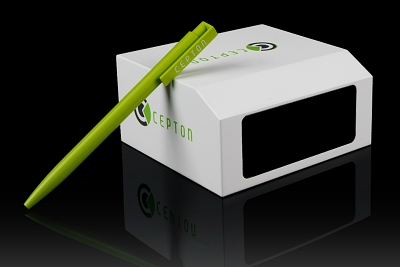 Cepton Technologies, one of scores of venture-backed companies targeting the emerging market for automotive lidar systems, has unveiled a new unit that it says will be priced below $1000 once produced in high volumes.

The San Jose firm claims that its “Vista-X90” offers a 200 meter detection range at a 40 Hz frame rate, while consuming less than 12 W electrical power from a box little bigger than a smart phone.

Licensing strategy
Said to be optimized for ease of vehicle integration, Cepton’s latest licensable design is based around its “Micro Motion” technology – described as a frictionless, mirrorless, rotation-free lidar architecture capable of high resolution and long range 3D imaging.

“Its 90° x 25° field of view, combined with its directional, non-rotational design allows seamless vehicle integration - such as in the fascia, behind the windshield or on the roof.”

Cepton is touting the design as highly manufacturable, modular and scalable, and one that will be able to meet the stringent demands of the automotive industry as it goes through fundamental transitions to electric power and higher levels of autonomy.

The company has already licensed its technology to Koito - the world’s largest maker of automotive headlamps - on a non-exclusive basis. In return, Koito invested $50 million in the Silicon Valley firm earlier this year, bringing its total funding to around $100 million at the time.

“Automotive lidars have historically had either low performance at acceptable cost or claimed high performance while being too expensive for many OEM programs,” he claimed. “The Vista-X90 fundamentally changes the game by bridging that divide and delivering the optimal mix of performance, power, reliability and cost.”

Price falls and reverse mergers
According to the France-based analyst company Yole Développement, Cepton and its numerous rivals in the heavily backed sector are having to adjust to a new reality that has seen dramatic price falls recently.

Last month Yole’s report predicted that although adoption of lidar by automotive companies for driver assistance (ADAS) and more advanced autonomous features would grow rapidly over the next five years, the value of that market would be much smaller than previously expected.

“The lidar landscape is shifting,” it stated. “Unit prices have been dropping and are expected to drop further in coming years. This will ease lidar adoption in new applications, either automotive or industrial.”

ADAS-related use of lidar is expected to proliferate at a compound annual growth rate (CAGR) exceeding 100 per cent, and be worth $1.7 billion by 2025. However, deployments in robotic vehicles are now expected to grow at a far more modest rate, and to be worth only $180 million by that time.

In conjunction with that trend competition among automotive lidar developers is intense, with as many as 100 companies working on different varieties of the technology including pulsed time-of-flight, phase shift, and frequency-modulated approaches.

Of those competitors, Velodyne and Luminar Technologies have recently revealed plans to raise substantial new funding by listing on the Nasdaq exchange via so-called “reverse merger” schemes.

Like Cepton, Luminar has set a sub-$1000 price tag for its automotive lidar units by 2022.