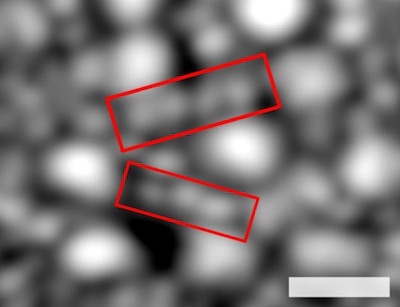 A new instrument developed by the University of California, Davis (UC Davis) combines adaptive-optics OCT and scanning light ophthalmology (SLO) for imaging of the retina.

The platform could assist with a long-standing problem, the functional imaging of single human rod photoreceptors, where the small size and rapid functional response of the receptors has challenged the resolution and speed of imaging systems.

The retina's rods are thought to be more sensitive to the impact of diseases such as age-related macular degeneration and retinitis pigmentosa than the other form of photoreceptors, the cones, so changes in the rods' function could provide an early indicator of disease or its progression.

"Although imaging the swelling of rods and cones can reveal the dynamics of their response to light, until recently, it was not known if these changes could be measured in vivo in the human eye," said Mehdi Azimipour of UC Davis Eye Center.

"This is because the size of the photoreceptors and the scale of the light-evoked deformations were well below the resolutions provided by retinal imaging systems."

As reported in Optics Letters, the UC Davis breakthrough allows the superior lateral resolution of SLO to confirm the location and type of photoreceptors in an OCT volume, and observe their stimulus-evoked responses.

The concept of combining SLO, in which a raster-scanning approach builds up an optical picture of the retina, with OCT has been attractive for some time, especially since the emergence of adaptive optics OCT systems. The hurdle has been the comparatively slow acquisition speeds of volumetric OCT images, making parallel acquisition of OCT volumes and SLO frames difficult.

According to UC Davis data, the device employed a swept-source, Fourier-domain mode-locked (FDML) laser with a very high A-scan rate of 1.6 MHz, whose beam was raster scanned on the retina by two scanners, one resonant scanner and one galvanometer.

"The high sweep rate of the FDML permitted the SLO and OCT to utilize the same scanners for in vivo retinal imaging and, unlike existing multimodal systems, concurrently acquired SLO frames and OCT volumes with approximate en face correspondence at a rate of 6 Hz," wrote the project in its paper describing the platform.

Trials on two human patients were carried out, using the platform to measure the deformations of rods and cones in response to stimulus light flashes of varying intensity and generating all-optical recordings of light-induced activity in the retina, or optoretinograms.

Cones and rods were automatically identified in the registered images and axially segmented in the OCT volumes, providing 3D tracking of photoreceptors over time. The responses of the cells could be seen to increase as the light intensity increased until saturation occurred.

The next steps for the project include addressing the platform's data handling requirements, since the instrument produces significant quantities of data - 3.2 GB per second said the team - so suitable software and automatic data processing will be needed for clinical translation.

Having tested the system on healthy patients, the researchers also plan to measure photoreceptor light responses of patients with retinal diseases to see if new insights can be gained. The hope is that the platform will ultimately speed up the process of bringing new therapies to the ophthalmology clinic.

"Our instrument offers a unique way to study retinal disease at the cellular level," said Ravi Jonnal from UC Davis Eye Center. "Because existing methods for measuring dysfunction are much less sensitive, it offers a potential new way to detect disease."