University of Washington project should benefit studies of color perception and vision testing. 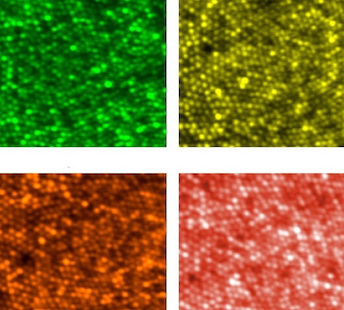 The design of the human eye introduces a number of potential optical aberrations, unique to an individual, which then impact on both vision testing and accurate retinal imaging.

Solutions based on patient perception and direct retinal imaging have been developed, but neither are perfect answers, especially when multiple wavelengths are involved.

A project at the University of Washington has now developed a new approach, using a filter-based LCA compensator with the flexibility to adjust LCA for each individual eye. The research was published in Optica.

"The previous methods of compensating for the eye's native LCA rely on population average estimates, without individualized correction on a person-by-person basis," said Ramkumar Sabesan of the University of Washington.

"We demonstrate a modified filter-based Badal optometer that offers the capability to tune LCA across different wavelength bands and for each individual in a customized fashion."

The new design introduces a pair of longpass filters between the mirrors and the lenses of a traditional optometer. Keeping the filters stationary while the distance between the lenses is changed allows the transmitted and reflected wavelength bands to have different levels of focus, compensating for the eye’s native chromatic aberration for the two wavelength bands.

According to the team's published paper, this level of fine control introduces dynamic defocus control between the transmitted longer wavelength relative to the reflected shorter wavelength channel, allowing customizable LCA compensation between the two channels.

The project built the new optical assembly into two conventional adaptive optics instruments. Tests on three color-normal subjects demonstrated that individually tailored high-resolution multiple-wavelength images could be made of the smallest cone photoreceptors in the eye, measuring about two microns across.

"Incorporating the filter-based Badal LCA compensator in an AO scanning laser ophthalmoscope allowed the first objective measurements of LCA based on confocal, high-resolution, foveal cone images, and its comparison to measures obtained subjectively," noted the team in its paper. "The objective and subjective LCA obtained from the same subjects harmonizes previous estimates of LCA obtained using a wide range of modalities."

The new compensator could address current challenges in the study of color vision, where wavelengths are typically chosen to preferentially isolate one specific type of cone photoreceptor type. This has traditionally involved the use of separate displays, each tuned to optimize different wavelength bands, but achieving pixel-level alignment between them is difficult.

A method using a single display with the LCA compensator instead should allow high spatial frequencies at different wavelengths to be displayed with high fidelity. It could also lead to improved frequency detection thresholds for red-green or blue-yellow isoluminant gratings using the same apparatus, which has to date required the use of dual-laser interference fringes to bypass the eye's optics.

"Our study establishes a flexible tool to compensate for chromatic aberration in different wavelength bands and in an individualized manner, facilitating future investigations into how we see color in our environment, unimpeded by the native chromatic imperfections of the individual," said Sabesan. "Now equipped with the tools to control chromatic aberration, we plan to conduct studies on normal and deficient color vision."