A partnership of scientists from the universities of Tokyo, Electro-Communications in Tokyo, Kyoto Institute of Technology and U Twente, Netherlands, have discovered that even very thin 3D photonic band gap crystals are powerful devices for controlling optical systems.

Photonic crystals are the nanostructures that manipulate photons by means of an energy gap, as semiconductor chips manipulate electronic current. “It was always thought that photonic crystals needed to be thick and bulky to be functional,” say the researchers.

They add that the new insights could lead to new optoelectronic devices for efficient telecommunication and computers, and thinner solar cells. The work is described in Physical Review B.

“We studied carefully assembled photonic crystals with the so-called woodpile structure," said lead author Dr. Takeyoshi Tajiri from the University of Electro-Communications. "Our crystals consist of stacked arrays of rods in two perpendicular directions in a semiconductor wafer such as gallium arsenide. The crystal structure is inspired by diamond atomic structures.”

The advanced method conveniently allows making thin structures of only a few layers thick, between a few hundred nanometers to about one micron.

To investigate their new crystals, the Japanese-Dutch team decided to measure the reflectivity spectra. Therefore, after fabrication in Japan, the materials were shipped to Twente for microscopic measurement and analysis.

The spectra revealed that the thin diamond-like photonic crystals function remarkably well: all crystals showed both high reflectivity and broad peaks. Remarkably, this occurred even for the thinnest crystal, say the team.

The reflected light is forbidden to enter crystals over a considerable range of wavelengths, also known as a “forbidden gap”. In the Japanese-Dutch crystals, the situation is even more radical, since the light is forbidden to travel in all directions simultaneously. Dr. Tajiri explained, “The quick formation of the forbidden gap in our crystals is remarkable because earlier 3D crystals required a large thickness for a gap to emerge.”

Prof. Satoshi Iwamoto, of University of Tokyo, and leader of the Japanese team said, “Our discovery that even thin photonic crystals are powerful devices means that we can save considerable fabrication time and resources.”

And Prof. Willem Vos, of U Twente, and leader of the Dutch team, added, “The result that even thin structures are fully functional is great news for applications in photovoltaics. Here, scientists are looking for thin broadband back reflectors to improve the performance of thin solar cells.” 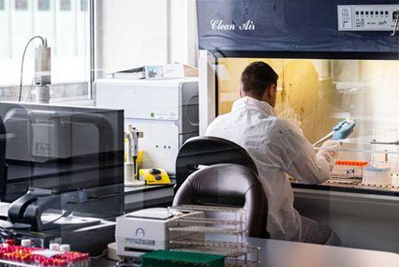 Technological innovations are indispensable to resilience against Covid-19.

The four universities of technology in the Netherlands (Delft, Eindhoven, Twente and Wageningen) are making an appeal to national political leaders in The Hague in response to the Covid-19 crisis “to make technological innovation a structural part of their agendas.”

The academic partnership announced today, “The post-corona future comes with new social challenges that require new solutions.” The first Techrede address is scheduled to take place on 1 October, 2020, and aims to impress upon everyone not only the importance of these types of innovations but the importance of public involvement as well.

The universities’ statement continued, “In times of crisis or other unexpected events, a society has to be capable of quickly taking action, making changes or going with the flow. This means societies need to be resilient.

In this technological equivalent of a Troonrede, the four universities (joined together in the 4TU.Federatie) aim to raise awareness among other knowledge institutions and the business community of the fact that the corona crisis has highlighted the importance of resilience. Technological innovations are indispensable to this resilience.”

“The Covid-19 crisis has made a number of things very clear,” said Louise O. Fresco, president of 4TU and chairperson of Wageningen University & Research. “For reasons such as health, climate and scarcity of resources, we must use knowledge, technology and innovation to create a liveable and sustainable society. The future is high-tech, but it must be environmentally and economically responsible high-tech, and a social debate is required for this purpose, fuelled by the expertise provided by technical universities.”