Semiconductor equipment giant says it has come up with creative solutions to the challenges of Covid-19, while prioritizing safety. 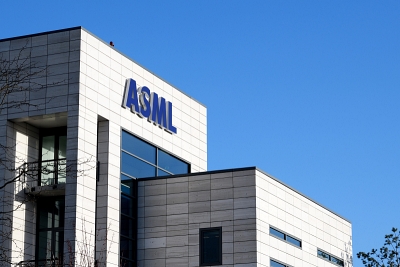 ASML, the Netherlands-based company that dominates the market for advanced semiconductor lithography systems, has suggested that its sales revenues could jump by around 50 per cent in the current quarter.

Executives at the Veldhoven-headquartered firm confirmed that sales in the opening quarter of 2020 dropped to €2.44 billion, well below its earlier expectations of around €3.2 billion.

That shortfall, caused by a variety of factors - including local impact of the initial Covid-19 outbreak in Wuhan, China, and knock-on effects that hit ASML’s complex supply chain - is still expected to be recouped in the second and third quarters of this year.

However, that will also depend on how governments around the world implement local restrictions on movement to mitigate the coronavirus crisis. So although ASML’s executives are confident that demand for its lithography systems remains solid, they declined to issue any formal financial guidance for the current quarter, or the rest of this year.

“At this stage the demand actually looks really good,” said CFO Roger Dassen. “If you look at our order intake for the [first] quarter, it has been really good, €3.1 billion including 11 EUV (extreme ultraviolet) purchase orders. We have had no push-outs or cancellations in the year.”

Creative solutions
Addressing an investor conference call remotely, Dassen and company CEO Peter Wennink reiterated their twin priorities - firstly the safety of the company’s employees and their families, and secondly servicing customers and maintaining the supply of lithography equipment.

On the first of those, ASML has the benefit of utilizing some of the cleanest industrial spaces anywhere in the world, and has added protocols such as isolation between shift changes.

And although restrictions on movement and staff absenteeism have inevitably had an impact, ASML’s engineers have found some creative ways to support customers and installations, Wennink said.

Those have included the use of augmented reality (AR) headsets to provide remote engineering support from thousands of kilometers away. “It works,” said the CEO, although he also pointed out that a small number of ASML engineers were still able to travel internationally to customer sites, thanks to special visas combined with the observation of local quarantining protocols for visitors.

“Despite the challenging circumstances, to date we have been able to continue ASML’s operations,” he added, paying tribute to the flexibility and creativity of the company’s workforce. “Our order intake is strong. Many of the investments made by our customers are strategic and support their long-term plans.”

Asked whether he anticipated a steep decline in demand for lithography tools following the inevitable recessionary impact of the health crisis on future consumer demand, Wennink replied that the company was “not planning for an Armageddon scenario”, and that while the current situation was unprecedented, ASML’s customers had largely kept their chip fabs operating normally.

As a result, the company still expects to ship 35 EUV tools to customers this year - no change on the plan prior to the Covid-19 outbreak.

Cash preservation
Nevertheless, the company is taking measures to preserve cash - partly to help support suppliers that may be more seriously impacted by the crisis. Those measures include restrictions on operational and capital spending, a pause in share buy-back plans, and a limited expansion of the ASML workforce this year.

However, a normal shareholder dividend is still expected, while both Dassen and Wennink stressed that they intend to continue with the development of future high-numerical aperture (high-NA) optics to further shrink the patterning capability of EUV systems.

“The [high-NA] accelerator is pushed down and will continue to be pushed down because we think it is critical that also coming out of the current situation, that we are able to provide our customers with the greatest technology and the latest and greatest tools that they will need in order to then cater to the demand that in that recovery situation will come up,” Dassen said. The CFO also pointed to the recent SPIE Advanced Lithography conference as evidence of the continued push to further develop the technology.

• Although ASML’s stock price slipped back a little following the latest financial update, the company’s valuation has largely recovered from the wider rout of stock markets witnessed last month.

Trading at around $278 on the Nasdaq on April 15, ASML’s stock is down from the all-time high of nearly $320 reached in February - but up strongly from the low of $186 in mid-March.