US-headquartered firm says its production facilities in China and Taiwan have remained operational despite Covid-19 pandemic. 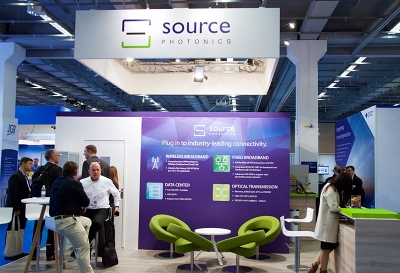 Semiconductor laser manufacturer Source Photonics says it has raised another $40 million in equity funding, and plans to use some of that cash to upgrade its laser chip production facilities.

The West Hills, California, company, whose manufacturing footprint is located in Taiwan and mainland China, points out that it has been able to attract that funding amid the global Covid-19 pandemic, illustrating investors’ confidence in its long-term plans.

“While most businesses worldwide are put to halt during this time of pandemic, Source Photonics’ factory in Chengdu, China, has been operational since early February,” noted the firm.

“The company’s proactive response to opening its production earlier than most companies in the region proved its commitment to supply chain continuity as its products are deemed essential to internet and telecommunications systems.”

InP lasers
The announcement comes just over a year since Source Photonics revealed a $100 million cash injection, and opened its Jintan, China, indium phosphide (InP) laser manufacturing site. Both that facility and another in Hsinchu, Taiwan, are also currently up and running, reports the company.

Source Photonics stated that the latest round of financial support will further help its efforts to target applications in the optical links that are critical for data centers and the world’s expanding 5G infrastructure.

CEO Weiming Li, who took over as lead executive when previous incumbent Doug Wright resigned earlier this year, announced in a company release:

“We value our investors’ trust and confidence in Source Photonics especially during these challenging times of global health and economic crisis. Their enthusiasm and confidence in us prove that our team is on the right track as we focus on responding rapidly to our customers’ needs and developing advanced technologies to cope with the increasing demand for bandwidth.

“Our next step is to seize the global market opportunity as demand for networking and cloud services skyrocketed as millions of people around the world are working and learning from home.”

Li had previously served as Source Photonics’ general manager in China between 2007 and 2013, and has also held senior roles at Photop, Oplink, and Auxora Networks.

Source Photonics currently sells a wide variety of TO-can packaged laser components, alongside transceivers operating at data rates of up to 400 Gb/s.

As well as supporting the growing data center and 5G business, and the development of next-generation photonics technologies, the company says its latest funding round will enable it to enhance its existing low-cost offerings.