Facility in China will double production capacity of lasers and other photonic components. 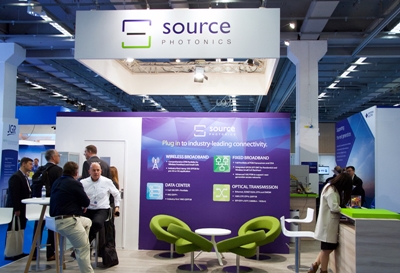 California-based Source Photonics says its new indium phosphide (InP) laser manufacturing facility in China is now open, meaning that it will be able to double its production of semiconductor lasers and related components for optical transceivers.

The West Hills firm, which first announced the $50 million expansion in September 2017, had originally hoped to begin production at the new Jintan site in mid-2018, although that schedule appears to have slipped by nearly a year.

Last year the company signed a partnership with Chinese networking technology giant Huawei, and the new facility was built in collaboration with the Jintan Economic Development Zone.

Taiwan fab
Source Photonics already has an InP wafer fab in Hsinchu, Taiwan, where it has been making devices for more than two decades. Production output there has doubled over the past three years, adds the company.

Specific chip capabilities are said to include base wafer, regrowth, and chip processing, with a focus on the advanced requirements now emerging for high-speed passive optical network (PON) and 5G markets.

CEO Doug Wright said in a company announcement: “These new investments support our integrated manufacturing approach, which is critical to meeting the ever-growing needs of our customers.

The new facility also includes state-of-the-art environmental controls, including a zero-discharge waste treatment capability that is said to meet the highest standards in environmental stewardship.