Previously CEO of Diebold Nixdorf and senior advisor at McKinsey, Mattes takes over from John Ambroseo, who is becoming advisor to the firm. 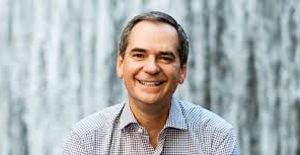 Laser giant Coherent has named Andreas "Andy" W. Mattes as the company's new President and CEO and a member of its Board of Directors, effective immediately. Mattes was previously senior advisor at McKinsey & Company and president and CEO of Diebold Nixdorf.

The appointment follows the announcement a year ago that Dr. John Ambroseo, would retire from his positions as President and CEO and member of the Board by April 2021. Ambroseo will transition to become a Special Advisor to the company until the end of 2021.

Dr. Garry Rogerson, Coherent's Chairman of Coherent’s Board, commented, "Andy is a proven leader and has significant experience running and growing global technology businesses, including hardware, software and services. His strategic experience and leadership skills coupled with Mark Sobey's deep industry knowledge, provides us with the right leadership to drive the next chapter for our business."

Mattes commented, "Together with Coherent's management team, I will be focused first and foremost on ensuring the safety and well-being of our employees and reinforcing the company's strong balance sheet. Longer-term, I look forward to working closely with the Board and management to build upon the leading position Coherent has in the industry and to explore additional opportunities for Coherent's leading-edge technology to drive growth and innovation." 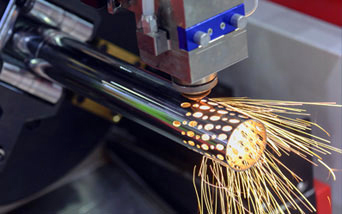 Coherent has expanded its fiber laser operation in Tampere, Finland, and designated the facility as a “Center of Excellence for Fiber Lasers”. Fiber lasers themselves have been produced at this location since 2003. In order to further streamline production, Coherent will combine stand-alone fiber laser source assembly and testing at the same site with the manufacture of fiber laser components, laser engines, and combiners.

This Center of Excellence for Fiber Lasers will become the source for all Coherent HighLight fiber lasers series, comprising industrial high-power fiber lasers with output powers ranging from 1,000 W to 10,000 W and a wide range of beam qualities – including single-mode, multi-mode, and adjustable ring mode – delivering superior results in a variety of challenging welding tasks.

The expanded Tampere facility will bring together Coherent’s fiber laser manufacturing and testing expertise into more than 5,000 m2 (53,000 ft2) of production floor space, including more than 1,000 m2 of cleanroom devoted to fabrication of critical optical components. The location will also house an applications lab featuring the full range of Coherent fiber lasers, industrial welding heads, and related state-of-the-art analysis tools for weld seams.