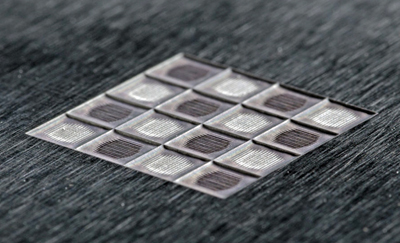 Harnessing what they refer to as "a new type of photonics technology", a group of European scientists are developing a 1kW, dot matrix ultrafast laser system that can carve flow-optimised metal or plastic surfaces capable of imitating the incredibly efficient skin from sharks.

Etching tiny "spike" structures onto sheet metal or plastic, the new laser system can create a rough surface at a microscopic level. This uneven topography can create a reduction in drag or inhibit the growth of bacteria, algae or even barnacles. Sharkskin, covered in millions of microscopic denticles – tiny protruding scales – reduces drag to make it a highly efficient swimmer.

Funded by the Photonics PPP, the scientists behind the €4.7 million laser project hope that specially-designed structures on steel ship hulls might help to reduce fuel consumption and replace toxic ship paints and varnishes that are harmful to the environment.

Dr Johannes Finger, coordinator of the MultiFlex project, commented, “Laser-fabricated surface structures have the potential to reduce friction and to prevent the growth of plants and algae. This could significantly reduce ship repair, maintenance, CO2 emissions and fuel bills while providing an alternative to harmful coatings that are toxic to the environment.

Ultrashort Pulsed (USP) or ultrafast lasers can ablate any material without damaging it. Surfaces cut with a USP are smooth, on a micron-scale and ideal for many industries where hard materials need to be processed with the highest precision. With the so-called Dot Matrix Laser Developed by the MultiFlex project, the material is structured by the world's first such laser.

In the same way that an old-fashioned dot matrix printer uses a moving head, printing in a line by line motion, the laser sends super-fast pulses of concentrated energy to ablate materials that are conventionally difficult to work with. Resembling a giant chessboard, the system splits a single beam into a grid of 64 beamlets, in which each single ray can be turned on, off, positioned, and individually tuned.

“Existing ultrafast lasers are known for their precise ablation and cutting results. Unfortunately, processing large parts with such lasers can take weeks. Our system will ablate more than 150 mm³ in one minute, therefore making it hundreds of times faster than existing technologies,” said Dr Finger. 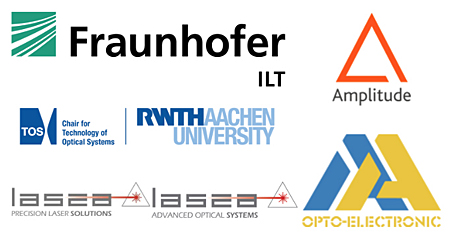 While the laser represents an exciting breakthrough in surface technology, the ultrafast laser has several further applications:

The consortium consists of the research institute Fraunhofer ILT and the Chair for Technology of Optical Systems of RWTH Aachen University from Germany as well as Amplitude Systèmes, LASEA France, AA OptoElectronic from France and LASEA from Belgium as industrial research and development partners. The three-year MultiFlex project is supported by the European Commission within the framework of the ICT-04-2018 program and has received a grant of € 4.7 million via the Photonics Public Private Partnership.