Dip in quarterly sales and coronavirus uncertainty expected to be offset by longer term stability. 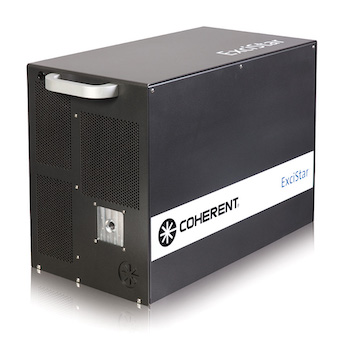 Net GAAP income was $5.8 million, up considerably compared to $0.6 million for Q4 2019 and also a decline from $35 million for the equivalent quarter of last year. Non-GAAP income of $20.7 million was closer to the $21.4 million of the prior quarter.

"Overall market conditions appear to be stabilizing and demand trends in certain end markets were encouraging in our first fiscal quarter," commented CEO John Ambroseo. "Concerns about weak PMIs in the Eurozone are partially offset by strength in North America and a domestic-led recovery in China."

The company also announced an intention to repurchase an aggregate of $100 million of its common stock, in a program that will expire at the end of January 2021.

In common with other suppliers, the company is monitoring the impact of the coronavirus outbreak in Asia, which will inevitably have an adverse effect of financial performance. Coherent commented that the magnitude of the impact will not be fully understood until after China-based customer and supplier workforces return from the government-extended lunar new year holiday.

"While we continue to monitor the situation, at this point in time we have assumed a revenue decrease of $20 to $25 million as the impact on our second fiscal quarter outlook," commented CFO Kevin Palatnik. "Having said that, revenue for fiscal Q2 is expected to be in the range of $290 to $330 million."

Discussing the results with analysts, Ambroseo noted that statements from OLED display manufacturers already indicated the prospect of much higher levels of product shipment during 2020, and hence that the market situation was encouraging for Coherent.

"It's hard to always predict how people are going to do in terms of yield improvement, and it certainly has taken longer for companies other than Samsung to improve their yields thus far," he said. "I think the coronavirus could push things a bit, and depending on how severe and how long it lasts that could have an impact. It's very difficult at this juncture to predict what that explicit impact may be."

A ramping up of growth in 5G networks is also widely expected to arrive during the second half of 2020, and Coherent remains optimistic about opportunities for the company to pick up business. Ambroseo said that "hostilities between the US and certain Chinese vendors" will have to be reconciled in one way or another.

Referring to the Chinese market for components and lasers more generally, Ambroseo commented that Chinese laser manufacturers are sourcing more pump diodes domestically, due to pricing and to either a desire or a central instruction to become independent from Western suppliers.

"As optic powers increase, manufacturers will shift along the wavelength of pumps, which currently favors Western diode suppliers," he said. "We have heard from end users that domestic Chinese fiber laser manufacturers are taking share at the 3 kilowatt to 6 kilowatt power level."