Tel Aviv University project could improve color perception by an order of magnitude. 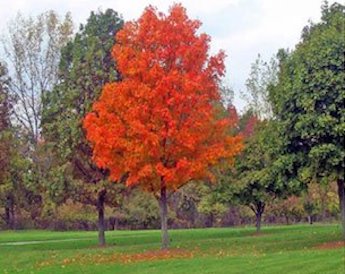 A group at Tel Aviv University has incorporated metasurface elements into the surface of conventional contact lenses, offering a potential route to combating a particular form of color blindness.

The approach introduces a new and tailor-designed functionality to contact lenses, and could now be expanded to help other forms of color vision deficiency or other eye disorders. The findings were published in Optics Letters.

The project has in particular tackled deuteranomaly, a hereditary and sex-linked form of color blindness often characterized by a defective perception of red and green, when the photoreceptors responsible for detecting green light respond instead to light associated with redder colors.

"Problems with distinguishing red from green interrupt simple daily routines such as deciding whether a banana is ripe," said Sharon Karepov of Tel Aviv University. "Our contact lenses use metasurfaces based on nano-metric size gold ellipses to create a customized, compact and durable way to address these deficiencies."

Treatments for deuteranomaly in which detection of the excessively perceived color has been artificially reduced have been attempted before, but achieving this correction in a comfortable and compact device has been challenging until now.

"Glasses based on this correction concept are commercially available, however they are significantly bulkier than contact lenses," said Karepov. "Because our proposed optical element is ultrathin and can be embedded into any rigid contact lens, both deuteranomaly and other vision disorders such as refractive errors can be treated within a single contact lens."

Metasurfaces incorporate structural elements of sub-wavelength sizes, and the Tel Aviv project built on existing research into the use of nanoscale gold ellipses for achieving specific non-linear effects on transmitted light.

Work at the university's Nanoscale Electro Optics lab under Tal Ellenbogen, co-author of the new Optics Letters report, has previously demonstrated the first non-linear metamaterial-based photonic crystals, as a route to non-linear diffraction and ultra-wide angular scanning of the metamaterial's output. It has also shown how to create intense focusing of the non-linear signal directly from the metamaterial, resulting in an intensity enhanced by nearly two orders of magnitude.

In the current project, the challenge was to design a manufacturing operation capable of incorporating the gold nanostructures onto the curved surface of a contact lens, rather than the flat surfaces more typically involved in optical metamaterial components.

"We developed a technique to transfer metasurfaces from their initial flat substrate to other surfaces such as contact lenses," said Karepov. "This new fabrication process opens the door for embedding metasurfaces into other non-flat substrates as well."

According to the published paper, comparing normal color vision with both uncorrected and corrected deuteranomaly using the proposed element demonstrated that the nanostructured contact lens was capable of shifting incorrectly perceived pigments closer to their authentic hues.

Using standard simulations of color perception to quantify the deuteranomaly present, the project found an improvement of up to a factor of 10 in color accuracy after introducing the optical element, and showed that visual contrast lost due to deuteranomaly was essentially fully restored.

Alongside potential clinical testing, the next steps in the research could include considerations of how the manufacturing operation could be effectively transferred to commercial scenarios. According to the project team, manufacturers could embed the metasurface during the molding stage of contact lens fabrication, or thermally fuse them to a rigid contact lens.