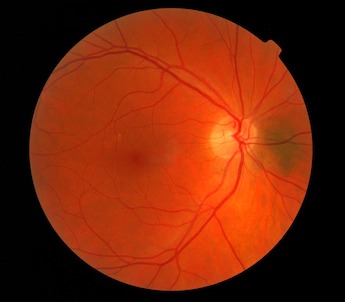 A research project coordinated by the Catalan Institute of Nanoscience and Nanotechnology (ICN2) and including Spain's ICFO photonics research institute has been awarded new funds to support its work on retinal prosthesis technology.

The i-VISION consortium, formed in 2017, also includes the Barcelona-based high-energy physics lab IFAE; France's Institut de la Vision based at the University of Sorbonne; and the Barraquer Foundation, which supports ophthalmology out-reach and cataract surgery in developing countries.

In particular, the proposed prosthesis will employ graphene as the basis for two-way recording and stimulation electrodes interfacing with retinal neurons, an approach thought to improve the performance of those electrodes and allow more of them to be fitted into the limited space available.

The potential benefits of graphene in retinal prostheses have been understood for some time, as proved by previous research collaborations such as the one between the UK's Graphene Flagship and Technische Universität München (TUM) aiming to exploit the material's advantages.

Speaking to Optics.org at the time of that deal, Jose Garido of TUM explained that special field-effect transistors built around graphene could operate within organic tissues, using electrochemical changes within the tissue itself to provide the "gate" function for the transistor - a job more normally carried out by an applied external voltage.

This principle could get around the problems encountered when applying traditional transistor materials to the task of operating in biomedical contexts, where complications arising from oxide formation, high stiffness and other difficulties have proven problematic. Silicon-based structures, for example, misbehave electronically when thinned enough to be considered in the same scenarios.

"A lot of work has been done on organic semiconductors, but they do not exhibit the same performance and their noise behavior is very different," noted Garrido. "Carbon nanotubes are another material that has been considered in the past, but they could pose potential risks for the body, and the exact health effects of nanoparticles are of general concern. Graphene does not have these problems."

In its second round of awards aimed specifically at fostering biomedical and health research projects with high social impact, the foundation will provide i-VISION with €1 million to continue research into designing retinal prostheses using graphene-based electrodes. A total of 22 projects were selected for awards from La Caixa's latest call for proposals, and the grantees now have three years to turn their projects into meaningful results, according to the foundation.

Pablo Loza-Alvarez, head of ICFO's Super Resolution Light Microscopy and Nanoscopy lab, commented that i-VISION's goals included "a better understanding on what would be the most efficient strategies for external stimulus that can be applied to the neurons through the electronic implant. This gained knowledge would result in a better quality of vision for the patient."

i-VISION builds on work in the THEIA project, a collaboration between the partners funded by the Barcelona Institute of Science and Technology (BIST). THEIA was created to investigate the use of novel graphene-based microelectrode technology, custom stimulation electronics, and in vitro calcium imaging to interrogate the response of retinal ganglion cells to electrical stimulation.