UK's Institute of Physics accolade is presented annually for “world-leading contributions to physics.” 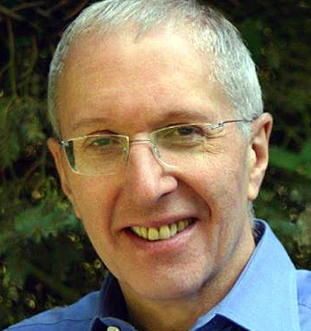 TeraView, the Cambridge, UK-based company that has pioneered terahertz technology and solutions, has announced that Professor Sir Michael Pepper, its co-founder and Chief Scientific Officer, has been awarded the Institute of Physics Isaac Newton Medal and Prize, which is given for “world-leading contributions to physics.”

Prof. Pepper developed applications of semiconductor nanostructures by starting the Quantum Communications programme at Toshiba Research Europe, Cambridge, where he was the founding Managing Director, leading to controlled single and entangled photon devices.

This has applications in highly secure transmission of information where the security is protected by the laws of quantum mechanics. He also set up a spin-out company, TeraView, to pioneer and develop applications of terahertz radiation.

He commented, “I am greatly honoured to receive this prestigious award from the IOP for work which is based on collaboration with many colleagues to whom I am greatly indebted.”

'Tip of the iceberg'

Dr Don Arnone, CEOand co-founder of TeraView, commented, “TeraView as a Company – and terahertz as a field – has greatly benefited from Mike’s contributions over the past 20 years, and this is only the tip of the iceberg in terms of Mike’s contributions to physics, as this award demonstrates.

“Mike’s contribution to semiconductor nanoelectronics and discovery of quantised phenomena in the solid state are truly ground-breaking, and his wider knowledge of physics has been the bedrock of our pioneering applications work at TeraView. Mike has set a great standard and example for us all to aspire to and follow.”

Terahertz radiation lies between infra-red and microwaves on the electromagnetic spectrum, and as such has properties that enable it to pass through objects and to transmit images and compositional (spectroscopic) information that is ordinarily hidden. Terahertz is non-destructive, safe and fast, making it the ideal inspection and imaging modality for many applications across a range of industries.

TeraView has demonstrated the potential of terahertz technology in a number of applications including the detection of hidden weapons and explosives in security screening, monitoring the quality of pharmaceutical drugs, high value coatings used in automotive and other industries, as well as medical imaging of cancer.

Founded in 2001, TeraView is a spin out from the Toshiba Corporation and Cambridge University. The company has developed its proprietary technology across a number of markets. These include fault analysis and quality assurance for semiconductor chips used in mobile computing and communications, as well as non-destructive inspection of high value coatings used in the automotive, pharmaceutical, food and solar industries.