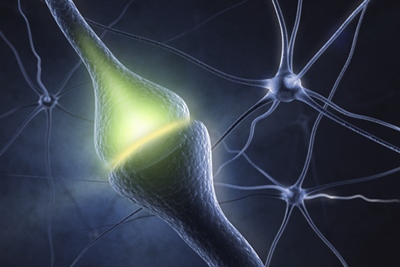 Four of the world’s leading exponents of optogenetics - the use of light to monitor and stimulate brain cells - have won the 2019 Warren Alpert Foundation Prize for medical research.

The award, often a precursor to subsequent Nobel prizes for past winners, sees the four scientists - Ed Boyden, Peter Hegemann, Gero Miesenböck and Karl Deisseroth - share $500,000 for work that the foundation says has “transformed” neuroscience by allowing researchers an unprecedented degree of control over the inner workings of the brain.

“Their discoveries established the field of optogenetics, propelled it forward, and laid the foundation for optogenetic-based therapies for disorders ranging from Parkinson’s to addiction,” announced the foundation, which makes the award in conjunction with the renowned Harvard Medical School.

Transformative technology
As part of the award, the four winners will be recognized during a day-long symposium at the Harvard Medical School taking place October 3.

“The discoveries made by this year’s four honorees have fundamentally changed the landscape of neuroscience,” said George Daley, the current dean of the Harvard Medical School. “Their work has enabled scientists to see, understand and manipulate neurons, providing the foundation for understanding the ultimate enigma - the human brain.”

Former dean and the current chairman of the board of the Warren Alpert Foundation Joseph Martin described the technology as “transformative”, adding: “The ability to selectively turn on neuronal signals with light exposure has made achievable a more refined analysis of neural connections underlying behavior.”

Light-activated neurons
The work recognized dates back to the 1980s, when Humboldt University of Berlin neuroscience professor Hegemann and colleagues began exploring how the light-activated molecules in green algae and other simple organisms sense light, discovering how channelrhodopsin molecules can be used to switch neurons on and off.

Miesenböck, now director of the Centre for Neural Circuits and Behaviour at the University of Oxford, UK, then tested the approach in a living organism - the fruit fly - and demonstrated for the first time that it was possible to use light to control the brain, offering a new way to illuminate its function.

Stanford’s Deisseroth subsequently conducted experiments showing the rhodopsin proteins first studied by Hegemann in single-cell organisms could be used to activate neurons, also developing ways to both excite and inhibit neuron activity with light. His team achieved the first single-cell-resolution optogenetic control of neuronal activity and behavior in living mammals.

MIT professor Boyden, working with Deisseroth, figured out that the light-gated ion channels from algae previously studied by Hegemann could be used to control neuronal firing.

Since then, he and his colleagues at the MIT Media Lab and the McGovern Institute for Brain Research have further refined optogenetic activators to allow independent control of multiple cell types in the brain.

They have also adopted holographic microscopy techniques, developing photonic tools to exploit optogenetics as a way to imprint exact patterns of electrical activity on small groups of neurons, mimicking the natural firing mechanism.

Very honored and grateful to receive, along with my fantastic colleagues, the 2019 Warren Alpert Prize for developing optogenetic tools. https://t.co/VcdMQor9JF

Mysteries and challenges
Responding to news of the award, Deisseroth paid tribute to his co-workers and students at Stanford, while Boyden said it was exciting to see the relatively new field of neurotechnology recognized. “The brain implements our thoughts and feelings. It makes us who we are,” he noted, adding:

“Brain disorders affect more than a billion people around the world. These mysteries and challenges require new technologies to make the brain understandable and repairable. It is a great honor that our technology of optogenetics is being thus recognized.”

Hegemann said: “I feel deeply honored to receive this prestigious award in recognition of the research I conducted with my extraordinary co-workers over many years. I hope the award will promote fundamental basic research for future applications that we have not the slightest idea about quite yet…”

Miesenböck added: “I am delighted to be in such good company, and I’m not talking just about my co-laureates. Many of my scientific heroes are among the previous recipients of the Warren Alpert Prize.”