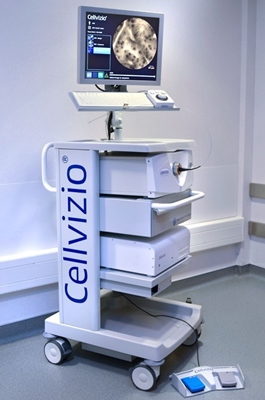 The deal, in the form of share subscription warrants, has enabled Mauna Kea to redeem existing bond financing with IPF Partners – and means that the company will avoid paying approximately €2 million in interest expenses over the next five years.

The debt switch represents an initial tranche of funding provided under a €22.5 million loan agreement with the EIB that was announced last month. Part of the so-called “Juncker plan” to support research and innovation in Europe, it should see Mauna Kea receive two subsequent tranches of €6 million and €5 million – assuming that it meets certain commercial and other financing targets.

Growth plans
The firm’s CFO Christophe Lamboeuf said Mauna Kea was “delighted” with the EIB partnership. “[It] provides us with the requisite capital to execute our growth plans and does so at more attractive borrowing terms,” he said.

“Specifically, the new loan agreement carries an interest rate of 5 per cent, and the first tranche of the EIB loan agreement accrues interest which is not due until the bond matures in five years, which significantly enhances our cash flow profile over this period.”

The EIB is owned by the various member states that constitute the European Union. EIB vice president Ambroise Fayolle said of the Mauna Kea support:

“This project is fully in line with the mandate given to the EIB by its shareholders - the EU Member States - to support innovation throughout Europe. Mauna Kea Technologies, with its unique confocal laser endomicroscopy platform, has the potential to become a world leader in its field and represents the very example of companies essential for the future of the European economy, combining a high level of research in innovation and the employment of highly skilled workers.”

While Mauna Kea’s confocal laser endomicroscopy technology appears capable of helping early diagnosis of some cancers, and has performed well in clinical trials, the company has struggled to turn a profit.

As of July 3, following the debt restructuring, it had €8.8 million of cash available – seen as enough to finance its various development and trial activities over the next year. In 2018, Mauna Kea posted a net loss of €12.8 million on sales of only €7.9 million.

Esophageal and lung potential
Last month the firm’s technology was also granted reimbursement coverage in France for detection of Barrett’s Esophagus – a condition that is often a precursor to certain types of esophageal cancer.

Following that approval, Mauna Kea is hoping to expand the use of Cellvizio to more than 300 hospitals in the country that specialize in dealing with the condition. More than 45,000 such procedures could be performed every year in France alone, it believes.

“Importantly, now clinicians performing these procedures will all be eligible for reimbursement at an attractive rate,” said the company at the time. “Thanks to the creation of this new procedural code, the French market - a market in which we already enjoy a strong reputation - is finally available to Mauna Kea for broad commercialization of our Cellvizio technology.”

As well as Barrett’s Esophagus and a variety of other gastro-intestinal tract screening applications, there is potential for the optical biopsy platform in lung cancer – the world’s leading cause of cancer deaths.

Earlier this year the results of a needle-based application indicated that Cellvizio was able to aid with real-time diagnosis and staging of lung cancer, detecting malignancies in both primary lung tumors and metastatic lymph nodes.