Report by German high-tech industry group Spectaris and partners suggests photonics tech will save at least 3 billion tons of CO2 per year by 2030. 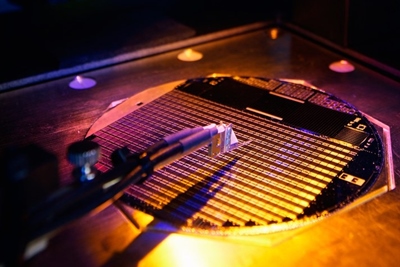 by Mike Hatcher in Munich
Photonics technology is on its way to stopping the equivalent of 3 billion tons of carbon dioxide emissions each year by 2030, according to a new sector analysis presented at LASER World of Photonics.

Compiled by a team led by the German industry representative group Spectaris, alongside Paris-based market research company Tematys, LASER show organizer Messe Munich, and various Fraunhofer institutes, the report suggests that photonics technology is an “enabler” not just for new medical and industrial applications, but for environmental protection too.

PV and LED lighting key
According to the team’s estimates, the industry is already responsible for reducing CO2 emissions by 1.1 billion tons per year – almost entirely thanks to the application of solar panels and solid-state lighting. Those technologies might not be directly represented on the Messe show floor this week, although the lasers used to fabricate solar cells certainly are.

Spectaris’ managing director Jörg Mayer told a press conference at the LASER show that photonics held at least part of the answer to what he called “the greatest challenges facing humankind”.

According to the calculations in the report, the photonics industry can claim to contribute at least 11 per cent - said to be a conservative estimate - towards achieving the mitigation target of limiting global temperature increases to 1.5°C envisioned in the Paris Climate Change Agreement.

And while that contribution will continue to be dominated by photovoltaics and efficient lighting technologies, by 2030 there will be more significant savings from efficiencies in data centers, laser-assisted recycling, and displays. The ability to detect and stop forest fires at an earlier stage will also play a part, the report claims.

“Our study should be seen as a plea to support the high importance of photonics with committed research, research subsidies, and innovation-ready general conditions,” Mayer added.

Holey wings
The study’s calculations are based on photonics technologies that are not yet exploited, or only partially so, and in terms of their anticipated market penetration in the future. Of eight technology fields identified on that basis, photovoltaics is predicted to have by far the largest impact – saving 2.1 billion tons of CO2 emissions per year by 2030.

“In the laboratory, the efficiency level of solar cells has already reached 45 per cent,” the report notes – although whether those kinds of high-performance cells, typically fabricated in very small quantities and at high cost to power space missions, can ever be turned into affordable mass-produced panels remains to be seen. 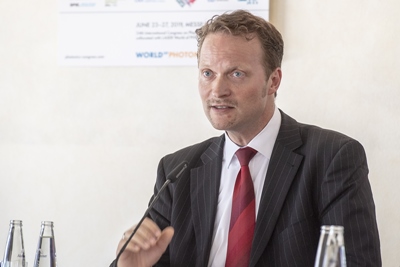 Efficient lighting technology provides the next-largest CO2 saving by 2030, at around 500 million tons per year. The largest of the emerging application areas is expected to be metal recycling, which will save an estimated 90 million tons by that time.

Mayer was joined by retiring Fraunhofer Institute for Laser Technology chief Reinhart Poprawe for the report launch. The industrial laser expert identified a few other areas for technological contributions to climate protection - including improved efficiency in shipbuilding, and the potential for massive improvements in aircraft efficiency from laser-drilling millions of holes into aircraft wings to reduce drag by as much as 20 per cent.