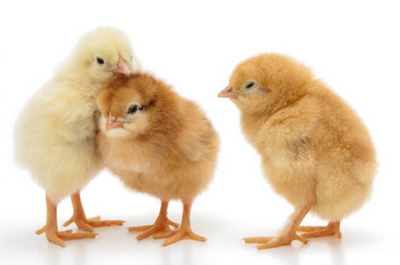 The killing of male chicks is only temporarily permissible under animal protection law, since there will soon be methods for determining sex in the egg, the Federal Administrative Court in Leipzig, Germany, has now decided. In determining the sex of potential chicks while still in the egg, lasers and optical techniques play a crucial role.

The technologies available for gender recognition, which remove the need for killing millions of male chicks – which has been common practice worldwide due to their inability to lay eggs and unsuitability for fattening for human consumption – will feature at LASER World of Photonics, next week in Munich, Germany.

Every year in Germany alone 45 million male chicks, whose breeding is not worthwhile, die in the shredder. Lasers and optical processes can end this massive killing. Cologne-based Seleggt, established in 2017, already supplies eggs from hens to retailers whose sex has already been determined in the egg.

To achieve this, a laser burns a tiny hole in an egg shell nine days after fertilisation, from which a droplet of so-called allantoic fluid is taken. If patented markers detect female hormones in them, the egg is returned to the incubator for another twelve days. Thanks to this sex determination in “Brutei” (i.e. fertilised “hatching egg”) only female hens hatch, while male and unfertilized hatching eggs are removed from the breeding pipeline and processed into animal feed.

Researchers at the Technical University of Munich are now working on a purely optical procedure that works without opening the hatching eggs, which should provide reliable results much earlier. The team around professors Benjamin Schusser and Axel Haase analyzes the eggs by magnetic resonance imaging (MRI) before they get into the incubator.

In this approach, so-called “deep learning” algorithms use MRI data to detect if eggs are fertilized. If this is not the case, they can be sorted out and repurposed as animal food. Sex determination by MRI is also feasible, but requires, according to the researchers to the market maturity of still optimized image analysis algorithms.

Researchers at the Faculty of Medicine Dresden and the Clinic for Birds and Reptiles at the University of Leipzig recently announced a breakthrough. They have developed a method for determining sex by near-infrared Raman spectroscopy. For this purpose, a hole about ten millimeters in diameter had previously been made in the hatching egg by laser and then closed again after the diagnosis.

The researchers can determine the gender through the intact eggshell. Just three days after fertilisation in the egg a developing blood vessel system reflects the introduced light and allows the spectroscopic determination of sex based on its hemoglobin spectrum. According to the researchers, a reliable result is available within seconds – using only an inexpensive spectrometer. The scientists note that cost and time are key factors towards commercialization of such tchnology considering the need to test the estimated 100 million hatching eggs to be tested in Germany alone per year.