US firm developing prostheses to restore level of sight to blind people will suspend production of older ‘Argus II’ product. 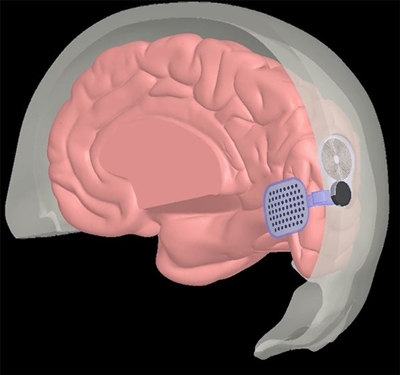 Second Sight, the Los Angeles company developing implants capable of restoring a degree of vision to the blind, is to focus almost entirely on its latest “Orion” prosthesis following what it describes as positive early results in a small-scale feasibility study.

Established back in 1998, Second Sight has developed a series of increasingly advanced implants and believes that Orion will eventually sell in far greater volumes than any of its earlier products.

But the Nasdaq-listed firm has also just reported a net loss of nearly $10 million on sales of only $1.1 million in the opening quarter of 2019, and is rationalizing its resource allocation accordingly.

“Company CEO Will McGuire said: “We believe it is the right time to reallocate resources toward this more attractive platform [Orion], which holds the potential to treat virtually all forms of blindness and extend our leadership position in artificial vision.”

“We believe that Orion provides an opportunity to address a much larger patient population and a significant unmet need in the US and globally,” McGuire continued, stressing that although Second Sight will now suspend production of its “Argus II” platform, existing users will continue to be supported.

Talent search
Critical to the acceleration of Orion’s development is a hiring plan. “To support these initiatives, we intend to add more than 25 new positions this year, including top research and development talent as we pursue technological improvements of Orion,” said McGuire.

Like its predecessor products, Orion converts images captured by a miniature video or thermal camera mounted on glasses into electrical signals that can be perceived by the brain to form images.

However, the Orion system transmits those signals directly to an array of electrodes implanted on the surface of a patient’s visual cortex – thus by-passing both the eye and the optic nerve, and the effects of diseases that have damaged them.

Although Orion will not be able to replicate anything approaching “normal” eyesight, Second Sight says that the device should be able to provide a useful level of artificial vision to individuals suffering from virtually any cause of blindness – including glaucoma, diabetic retinopathy, optic nerve damage, and various eye injuries.

The current feasibility study, on six patients at the Ronald Reagan UCLA Medical Center in Los Angeles and the Baylor College of Medicine in Houston, is said to be progressing well, although at this stage no peer-reviewed results have yet been published.

“Our ultimate goal is to deliver a useful artificial vision to virtually all blind individuals,” McGuire told an investor conference discussing the latest financial quarter. “And we now believe [that] Orion offers the best and fastest path to do so.”

The CEO added that the company was “increasingly encouraged” by the six-patient study, which McGuire says has shown patients able to detect parked cars, identify the direction in which people have walked past them, and visually order small objects.

Higher electrode count
Details of the study were presented at the fifth annual BRAIN Initiative Investigators Meeting, held in Washington, DC, a month ago, with the company saying that the first five patients to receive implants had been rated to have received “positive” or “mild” benefits six months after the treatment.

The sixth patient in the early-stage study, who received the Orion implant in January, has recently been cleared to return home, and is said to be doing well.

McGuire says that around half a million people in the US are rated as legally blind from causes that could be suitable for the Orion implant. “We are now convinced that the better and faster way to treat all blindness, including the retinitis pigmentosa population that is now addressed by Argus II, is to more quickly transition to the Orion platform,” the CEO said.

Among the priorities for the new research team to focus their efforts on will be a significantly higher electrode count in the implant and new cortical array designs, which ought to translate to more detailed image perception for patients.

“We believe that the outcome of these advances could include more useful vision, higher acuity vision, and a greater field of view, as well as the ability to help an increasing percentage of the millions of legally blind individuals around the world,” McGuire said.

“Our plan is to have multiple prototype systems ready for human testing later this year. It's quite easy to get excited about a future that includes high-electrode-count cortical devices with capabilities integrated into the system such as object or facial recognition and thermal imaging.”

On the business front, Second Sight continues to burn through investor cash, but was able to bolster its balance sheet with a $35 million rights issue in February.

The company says that will be enough to sustain operations for around another 12 months, by which time it is hoped that discussions with US health authorities regarding payment reimbursements will have progressed significantly.