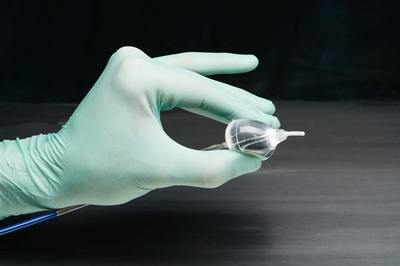 The claim comes after the completion of a clinical trial in the Czech Republic, the results of which were presented in San Francisco last week at the annual conference of the Heart Rhythm Society.

The “HeartLight X3” is the latest endoscopic system from the venture-backed Massachusetts company, which like its predecessors uses laser energy to create lines of scar tissue within a patient’s heart.

‘Outstanding’ results
The approach, which has been under investigation for several years, isolates pulmonary veins that have formed abnormal connections and electrical pathways, disturbing a patient’s normal heart rhythm. The scar tissue is believed to “block” the errant signals, helping return the rhythm to normal.

In a CardioFocus release, lead investigator Petr Neužil from the Na Homolce Hospital in Prague said: “Our trial results using the HeartLight X3 System were outstanding, with the study meeting all the pre-specified endpoints.

“With faster pulmonary vein isolation (PVI) and faster total ablation times combined with the already established safety and efficacy of the current HeartLight System, I anticipate that the HeartLight X3 System will be quickly adopted in the clinical setting.”

The “X3” system uses what the company has dubbed “Rapid” mode, with shorter, higher-power pulses meaning that ablation of each vein is possible within just three minutes.

HeartLight is based around a 980 nm laser diode - the same wavelength used to pump industrial high-power fiber lasers and amplify signals in long-haul optical networks – whose energy is delivered via a balloon catheter.

The power delivered from the laser diode can be altered between 5.5 Watts and 12 Watts, according to the specific needs of each vein being treated.

Meta-analysis
CardioFocus says the latest trial showed that procedure times had been cut by 90 minutes when compared with the first-generation technology, while retaining the same level of efficacy.

Other claims include much faster fluoroscopy, the technique used to visualize the pulmonary veins for each individual patient, and to guide the ablative procedure.

CardioFocus COO Burke Barrett added that the company was experiencing “tremendous” growth, with more than 6500 patients now treated using the various iterations of the laser system.

“The HeartLight X3 system is poised to make a real impact on the [atrial fibrillation] ablation space with its recent CE Mark approval [received in March],” Barrett said. “We believe coupling the HeartLight System’s unique feature set and its safety and effectiveness profile with the straightforward introduction of X3 Rapid mode for accelerating procedures, will result in an unparalleled PVI ablation tool.”

Globally, more than 30 million people are believed to suffer from atrial fibrillation, making it the most common type of cardiac rhythm disorder.

A systematic review and meta-analysis of the various clinical trials in which HeartLight systems have been tested, published last year, concluded that the technique was “highly effective” at achieving PVI - and that around three-quarters of patients treated were free from atrial fibrillation a year later, without the need for arrhythmia medication.

The meta-analysis also indicated a low rate of major complications following the procedure, especially with more experienced surgeons. The most common complication is phrenic nerve injury, which is usually resolved with a follow-up.