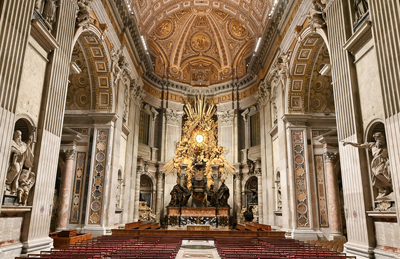 Unfavorable developments in the automotive industry, especially in China, as well as within the mobile devices sector have impacted Osram's business in the first quarter of fiscal 2019. Furthermore, political problems such as international trade disputes, weakened demand for general lighting and the after-effects of the emission test procedure WLTP were also driving customer uncertainty, the company stated.

In addition, Osram said its customers had reduced their inventories towards the end of 2018. On a comparable basis, quarterly revenue decreased by around 15 percent year-on-year to €828 million. EBITDA, before special items, was also down compared to last year at €93 million.

Adjusted EBITDA margin reached 11.3 percent. The figures no longer include the business activities of Sylvania Lighting Solutions in North America, for which a sales agreement was signed in January, 2019, or the European luminaire business, which is held for sale. These activities will be accounted for as discontinued operations from the first quarter of fiscal 2019.

The market weakness is reflected in all three of Osram's business segments. Opto Semiconductors division, for example, recorded a decline in revenue of around 17 percent on a comparable basis in the first quarter.

This reflects not only the economic effects of customers in the automotive industry and general lighting, but also a reduction in customer inventories. Revenue in the automotive segment were 11 percent lower than in the same period of the previous year.

During the reporting period, the automotive market declined significantly, especially in China, where according to the market researcher IHS Markit, car production fell by more than 15 percent on a quarterly basis. In Osram's Digital segment, revenue fell by around 17 percent mostly due to weak market development in the general lighting segment.

Because of the numerous uncertainties mentioned above, the perspective for the upcoming quarters remains significantly restricted. The Management Board has initiated a number of countermeasures, also aiming for an increase in revenue.

Significant structural measures were initiated in the Opto Semiconductors division, in particular. This is intended to secure the forecast for the year. However, the achievement of the annual targets is subject to a revival due to incoming orders in the upcoming months.

As has been previously announced, Osram will in the future focus on photonics and optical technologies beyond lighting. This is reflected within the new organizational structures that the company initiated at the start of the new fiscal year.

The company said it is, “further sharpening its profile and focusing on high-growth markets, including optical semiconductors, automotive and digital applications. With this, Osram is moving even closer to its markets and therefore will be able to balance its portfolio more effectively. This long-term growth strategy remains intact.”

Meanwhile, the sale of the European luminaires business is progressing. Due to the classification of this business as discontinued operation, a value adjustment was made which impacted net income.