Californian firm looks to stand out from the crowd with 'unique' dual-axis system design. 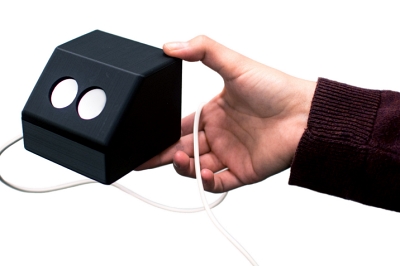 Mirrorcle Technologies, an optical microelectromechanical (MEMS) technology company based in California, has released its first full lidar system, saying that its dual-axis approach is well-suited to applications in robotics and advanced manufacturing.

Called “SyMPL” (short for synchronized MEMS pair lidar), the 3D sensing system is based around a very-low-power 905 nm laser source. It builds on the Richmond-headquartered firm’s earlier efforts in MEMS mirrors, development kits, and optical subsystems.

Company CEO and founder Veljko Milanovic said that while those previous efforts have enabled its customers to develop prototype lidar equipment, the release of a Mirrorcle-branded system represented a “remarkable genesis”.

He boasted: “We followed our own success at the subsystem level, leveraged our expertise from laser tracking systems and developed a complete 3D sensing solution - and we were frankly amazed with the efficiency of development and resulting system performance.”

Offering a range of 30 meters and distance resolution of 1 cm, SyMPL comes with a software package for programmable control of the lidar and detailed point cloud visualization.

“Thus, the [robotics] industry continues to heavily rely on solutions that are camera-based, which cannot meet many of the requirements for robotic applications - despite all the progress made in camera vision technology,” claims the firm.

Lj. Ristic, who heads up business development and strategy at Mirrorcle, commented: “It is not clear whether the autonomous car hype and extensive investments in lidar development for that application will spill over into robotics, but we are clearly seeing an unmet demand in the mid-range, low-cost and low-complexity lidar systems - and Mirrorcle has responded to that demand with [a] cost-effective and reliable solution.”

CEO Milanovic told optics.org that there was no danger of Mirrorcle competing with its own OEM customers, since they are all focused on other markets - largely the automotive sector.

"Our ultimate goal is to address the market that is demanding mass-producible, reliable performance, and well-priced solutions," he said, pointing out that SyMPL should cost less than $500 when produced in volume.

The release of SyMPL also represents evidence of a strategic realignment for the company, which initially focused on selling MEMS-based beam-steering mirrors based on fast electrostatic actuators.

Mirrorcle will continue to offer those products, however. Its operations director Iva Palmer said: “Currently we have three active MEMS mirror assembly facilities, with only one running at full capacity. Thus, we are poised to rapidly scale manufacturing for our OEM customers, as well as for our new business units, without significant new investments.

“As a mature and continually growing business, we naturally look at new opportunities more selectively. However, customers with ongoing serial production agreements with Mirrorcle can continue to enjoy high quality manufacturing and support.”

Photonics West presence
Initial availability of SyMPL will be in the form of a “plug-and-play” demonstrator kit, called “DEMO-07”. Said to offer a very straightforward setup and software package for easy experimentation, it can be powered via a USB cable from a Windows PC.

“The system works with a 905 nm laser with [an] average power lower than that of average conference-room laser pointers,” notes Mirrorcle, adding that the kit weighs less than 250 grams and consumes just 1.25 W power - making it suitable for integration with small drones or delivery robots.

Customers will get a chance to see the system in action at the Consumer Electronics Show (CES) in Las Vegas early next year, where Mirrorcle's technology will be featured on the Microchip Technology booth.

Company representatives will also be showcasing the new system at the forthcoming SPIE Photonics West event, which takes place in San Francisco in early February.

As well as taking part in the associated technology exhibition (booth #3081), the company will present a talk provisionally entitled “Comparison of MEMS mirror lidar architectures” during the “MOEMS and Miniaturized Systems XIX” conference scheduled for Saturday February 1.