Low-light cameras set to be provide US soldiers with technological advantage. 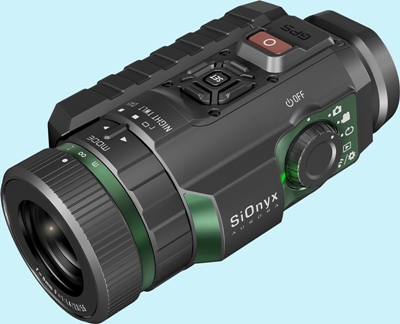 Massachusetts-based SiOnyx, the developer of high-performance CMOS image sensors, has won a $19.9 million deal with the US Army to deliver digital night-vision cameras.

The contract forms part of the Integrated Visual Augmentation System (IVAS) program – the same project under which Microsoft recently won a near half-billion-dollar order for up to 100,000 augmented reality (AR) headsets.

IVAS is designed to incorporate head, body, and weapon technologies on individual soldiers, giving them an advantage over adversaries increasingly able to use technologies that were previously only available to the US and its allies.

According to prior reports, the US Army wants to improve low-light detection of people at a distance of 150 meters, and thermal recognition of people at 300 meters, as well as reduce the weight of the headsets providing the technology.

The current version of the Hololens headset is approximately 0.6 kg, but Microsoft is widely expected to launch a new version of the kit at the Mobile World Congress (MWC) event in Barcelona next month. Before that Bernard Kress, Microsoft’s optical architect for AR technologies, will also discuss Hololens at SPIE’s Photonics West, in the opening presentation of a special conference dedicated to AR and related technologies.

Black silicon
The SiOnyx agreement for IVAC was issued via SOSSEC, Inc., a consortium formed specifically to address technology needs for the US Department of Defense (DoD).

SOSSEC has set up the Sensors, Communications and Electronics Consortium (SCEC) to conduct research and development activity with the DoD, and to establish technology demonstrations and prototyping projects.

The US Army awarded the contract via its specialist Night Vision and Electronic Sensor Directorate (NVESD), with SiOnyx required to deliver low-light camera modules within two years, for prototyping of low-light and night vision capabilities to the IVAS system.

Around a decade ago, SiOnyx licensed so-called “black silicon” technology from Harvard University, where the mysterious material was reputedly invented by accident. Created by transforming the silicon surface from a shiny material to one covered in nanostructured “spikes”, black silicon is sensitive to wavelengths between 400 nm and 2.5 µm – far beyond the infrared response of regular silicon.

Back in 2012, SiOnyx attracted venture funding from laser company Coherent and In-Q-Tel - the venture wing of the US Central Intelligence Agency (CIA).

A year later, SiOnyx said that its night-vision camera had passed a key military performance test when operated by the US Army in a scene to replicate the conditions found on a moonless night in a desert.

The company has also ventured into much more commercial applications of the technology, last year smashing a goal on the Indiegogo fundraising site with the launch of its “Aurora” camera for capturing high-definition video at night.