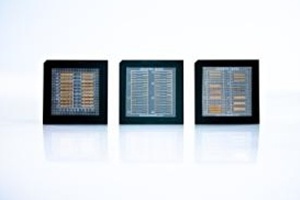 The Jenoptik Group has completed the sale of its space business, Jena-Optronik, to the giant aerospace company EADS Astrium, following anti-trust approval in late November.

All 131 employees of the business unit, which made revenues of approximately €30 million in 2009 and was part of Jenoptik’s Defense and Civil Systems division, have been taken on by EADS Astrium, says Jenoptik.

Jena-Optronik has particular expertise in the development of attitude sensors and space-based optics for a variety of different platforms, including Earth observation (EO) satellites. It also produced the laser guidance system for the European International Space Station supply vessel. Astrium already has major optical expertise in Germany, and the acquisition should enhance its reputation in the development and production of sophisticated Earth observation satellites.

When the deal was first announced in early October Evert Dudok, the CEO of Astrium Satellites, said: “The acquisition of Jena-Optronik will ensure that Astrium continues to provide our institutional and commercial customers with a variety of high-quality optical systems and meet the growing demand for advanced EO satellites.”

Optics investment
With its net debt significantly reduced following the Optronik deal, Jenoptik adds that it is now in a position to invest some of the proceeds from the sale – estimated to be in the region of €25 million – into its own photonics manufacturing operation.

“The incoming funds will be used, among other things, to finance investments to increase capacity in the areas of optics, diode lasers and energy systems,” said the company, which is headquartered in the former East German city of Jena.

In addition to that, Jenoptik will use the money to fund early repayments on some financial liabilities, as it seeks to shore up its finances. In its most recent financial report, Jenoptik stressed the improvement that it has made over the past year to its net debt position. The Optronik sale has reduced the company’s net debt to less than €100 million – down from €126.8 million at the end of the third quarter, and nearly €160 million in December 2009.

Including the proceeds of the Optronik sale, Jenoptik now expects that it will report 2010 earnings before interest and tax (EBIT) of approximately €50 million. Prior to the sale of the business unit, it had estimated an EBIT figure of €25 million. 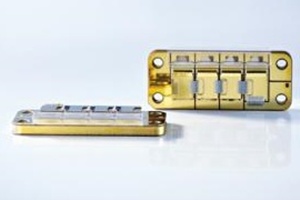 Jenoptik has expertise in the entire process and technology for diode laser production, from semiconductor epiwafer fabrication through to fiber-coupled module assembly including customized designs.

As for the optics area, Jenoptik is one of the best-known names in the business, drawing on a rich heritage in optical technologies that were pioneered in Jena. Micro-optic products such as refractive and diffractive optical elements, high-precision lithography lenses, and plastic lenses used in endoscopy are just a few of the wide range of optical technologies provided by the company.