DALSA sold to Teledyne for CAD$341M

The Canadian digital imaging and MEMS specialist is set to become Teledyne DALSA after being acquired by the engineering giant. 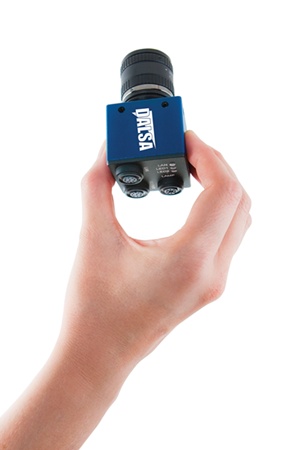 DALSA, one of the world’s leading producers of light imaging sensors and commercial cameras, is set to be acquired by defense and engineering giant Teledyne Technologies.

The cash deal, valued at $18.25 per DALSA share – 25% above the company's closing stock price ahead of the announcement, and equivalent to CAD$341 million (US$335 million) - was described by DALSA’s founder and chairman Savvas Chamberlain as a necessary step in the company’s evolution as it strives to become a billion-dollar operation. In the 12 months until September 30, 2010, DALSA had posted sales of about $201 million.

The Waterloo, Ontario, business and its 1000 employees, who produce high-performance CCD and CMOS imaging sensors, as well as digital cameras, image processing software and microelectromechanical systems (MEMS), are expected to become part of Teledyne before the end of February 2011.

Robert Mehrabian, Teledyne’s CEO, says that the combination of the two companies will be highly complementary: "Teledyne and DALSA are each acknowledged leaders in digital imaging technology but our product lines and customer bases are almost entirely complementary,” he said. “For example, DALSA produces among the world's most advanced visible light imaging sensors and cameras for commercial applications, while Teledyne produces extreme-resolution infrared sensors and subsystems primarily for government applications.”

"The combined strengths of Teledyne's and DALSA's leading imaging technologies will allow us to develop new infrared and visible light products that serve our respective markets and customers. Furthermore, DALSA's custom MEMS capabilities will be augmented by having access to Teledyne's extensive MEMS research activities and advanced process technologies.”

DALSA, whose executive board has already approved the deal unanimously, will call a special meeting of shareholders to consider the transaction. But Chamberlain, who founded the company back in 1980 as a spin-off from the University of Waterloo, sees the move as crucial for the company’s future growth. 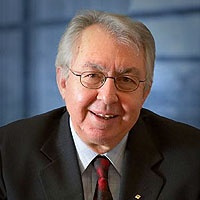 Natural evolution
"I view this transaction as a natural evolution for DALSA and a positive development for all DALSA stakeholders including shareholders, employees, executives, local communities, customers and vendors," he said. "The decision to be a part of a larger organization recognizes that in order for DALSA to become a billion-dollar company, we need to team up with an industry leader with complementary technologies. Finally, as the founder of the company, I am pleased to see DALSA's name live on, in its new incarnation as Teledyne DALSA."

Brian Doody, the DALSA CEO, stressed that Teledyne would ensure continued investment in the company’s technology and business: "Being part of the Teledyne team will provide many opportunities for accelerated growth for DALSA," he said. "As envisioned in the agreement with Teledyne, our principal operations will continue to function in their existing locations.

One of the key growth areas that Teledyne will be hoping to exploit is infrared imaging. DALSA estimates that the market for uncooled infrared imaging modules and cameras stood at $1.9 billion in 2009, and will grow rapidly to $3.9 billion by 2015. Applications in that sector range from defense and security to machine vision and the pharmaceutical industry.

According to the French analyst company Yole Developpement, the market for uncooled infrared devices specifically – which represents one of the key parts that DALSA makes - currently stands at just over $200 million, and will ramp to $350 million within five years.

At a recent analyst day, DALSA stressed the importance of the Canadian Department of Defense with regard to infrared imaging, because of its strong support for a local Canadian source of infrared technologies. That support has been echoed by the local Ontario government, which has pledged $24.3 million in grants to support R&D investment.

And according to Teledyne CEO Robert Mehrabian, that support is closely tied in with the decision to acquire DALSA: “Teledyne is making a substantial commitment to Canada,” he said. “We are especially attracted to strong support for R&D, and advancement of technology provided by both the Canadian Federal and Provincial Governments of Ontario and Quebec.”