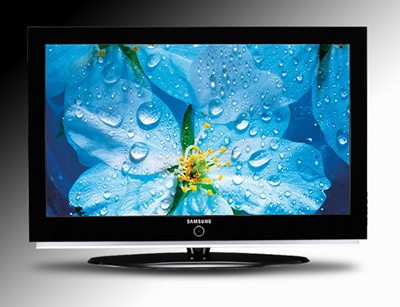 The LED industry is likely to be hit by an oversupply of devices in 2011 and 2012 – thanks largely to fast-improving performance and better use of optics in TV backlight applications.

The prediction comes from Ross Young at the analyst company IMS Research, which closely tracks developments in the LED industry.

Young says that the recent massive growth in LED supply is now significantly outpacing demand growth, causing a widening surplus in 2011 that will get worse in 2012 and put increased price pressure on vendors - although this will be tempered somewhat by constraints on the supply of sapphire wafer material and key LED manufacturing chemicals.

The main reason for the expected glut is the same application that has prompted the huge investment in supply over the past year – backlights for TV panels. The LED TV boom has created a huge demand for LEDs, with companies such as LG Display and Samsung consuming several billion LEDs for this application alone during 2010.

But with improvements to individual device performance and better lightguides, far fewer LEDs are now needed to illuminate a TV or monitor of a given size.

Better optics: fewer LEDs
According to Young’s figures, in the second half of 2009 – when the LED TV boom first kicked in – edge-lit 46-inch TV designs featured an average of 350 die. Just one year later, and that figure is now down to just 170, with fewer “light bars” – the rows of LEDs placed around the edge of the screen – required.

“Through improvements in lightguide distribution efficiency and LED efficiency at larger die sizes, they have been able to go from four or six light bars to two light bars,” Young told optics.org. “The weighted average number of edge-lit LEDs per TV panel fell from 202 in Q1'10 to 186 in Q2'10 to 124 in Q3'10. This is a significant drop, especially given that supply is rapidly rising.”

The impact of backlight applications is made evident in the latest LED market figures produced by IMS. In terms of total LED consumption, Samsung leads the way in the closing quarter of 2010, using some two billion emitter chips, while its Korean electronics rival LG Display is expected to have consumed nearly 6 billion LEDs over 2010 as a whole.

IMS’ latest report indicates that the rapid acceleration in LED TV adoption, aided by the lower costs that result from halving the number of LEDs needed in each backlight, means that this single application will account for 71% of the total market for high-brightness LEDs in 2010.

Much of the world’s increased LED manufacturing capacity is located in China, where investment has been driven largely by the Chinese government’s stimulus program – the purchase of each $2.5 million metal-organic chemical vapor deposition (MOCVD) tool is heavily subsidized – and it is likely to be here where the future oversupply is felt hardest, believes Young.

Consolidation potential
“Most manufacturers, especially those making commodity products without affiliations to leading [display] panel suppliers, will be running at less than desired utilization levels for the next two years,” said the analyst. “This may not be sustainable for a lot of companies, leading to consolidation.”

Recent speculation about the future of those Chinese subsidies, combined with the apparent weakness in demand for LED chips in the third quarter of 2010, have hit the stock prices of some companies operating in the LED industry. Young’s view is that the impact of the improved optics and device efficiencies may have been underestimated by some within the financial community:

“We found that the weakness in LEDs in Q3’10 was more a result of the large reduction in LEDs per panel than the slowdown in LED TVs,” he said. “LED panel shipments grew twice as fast as LED chip consumption from Q2’10 to Q3’10. We are also seeing that financial analysts are significantly overstating the number of LEDs per TV panel in their models.”

While the future glut of supply might be viewed as bad news for many suppliers, one very positive outcome is likely to be the impact on the cost of solid-state lighting. Although commodity suppliers will be worst affected, Young agrees that the general pricing pressure will help to accelerate the LED lighting market.

By 2015, he expects that the general lighting portion of the HB-LED market will overtake that for LED TVs to become the largest single segment, as the market goes from strength to strength.