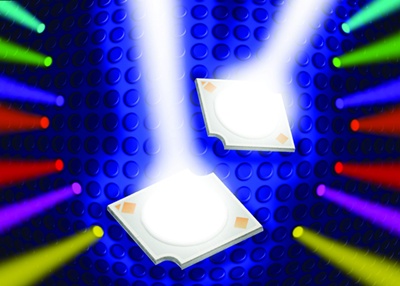 Sapphire substrate manufacturer Rubicon Technology has seen revenues surge 30 per cent in the third quarter on the back of a similar increase in the average selling price of its wafers.

Sapphire, upon which most blue and white high-brightness LED chips are fabricated, is in serious demand as manufacturers around the world continue to ramp production volumes. In the latest quarter, 2-inch material in particular was much sought-after, and its price increased more than the larger forms of the material.

While average selling prices increased sharply, Rubicon CEO Raja Parvez confirmed earlier indications of growing inventories within the LCD TV panels supply chain – something that has resulted in some softer demand for LEDs in this particular application.

“So far, this has concentrated around a few customers that are more heavily focused on TV backlighting,” said the CEO. “Demand in most geographies and for most applications has more than offset the temporary easing of demand for our TV backlighting in the third quarter.”

Overall, Rubicon posted sales of $20.5 million in the quarter – more than four times the sales total it reported in the same period last year. The huge impact of increased selling prices on gross margins resulted in a net profit of $8.3 million.

Inventory clear-out
Regarding the TV market, Parvez indicated that excess panel inventories would be cleared out during the next six months or so, but that demand for LEDs in other applications would more than make up for that slackened market. As a result, he predicted that sapphire substrate prices would increase by another 15 per cent in the closing quarter of the year.

While that will do nothing in the near term to help reduce the cost of solid-state lighting, one trend that should help to achieve lower costs in the longer term will be much-increased LED chip production on 6-inch sapphire wafers. Although this material size accounts for a relatively small portion of Rubicon’s revenues currently, Parvez now has additional capacity coming on line, and a huge $71 million sales order under contract for next year already.

The CEO added that Rubicon is now working with a number of leading LED producers who are looking to move to production on a 6-inch platform. All but one of those companies is still at the development phase, but that could change soon: “We are hopeful that we'll have one or two customers moving to production on 6-inch next year, hopefully even early next year,” the CEO said.

The surge in demand for LED applications has inevitably meant that Rubicon has focused on this market – at the expense of conventional optical applications, where its sapphire is also used. The additional capacity that is now becoming available should help to redress this balance, and more material will be available for optical applications from now on.

For the final quarter of the year, Rubicon said that it expected sequential revenue growth of around 27 per cent, as the continued price increase combines with the company’s growing manufacturing capacity.

That additional capacity results from two recently-opened facilities - one for crystal growth near Rubicon's headquarters in Batavia, Illinois, and a new polishing facility in Penang, Malaysia.

The Batavia facility will be focused on making larger crystals, meaning that Rubicon can better address the growing demand for larger-diameter sapphire substrates. Parvez said of the expansion: “Combined, I believe these two new facilities give us a significant advantage in the marketplace. This combination of high-volume, high-quality, large diameter crystal growth and polishing capability makes us unique in the marketplace today and positions us very well to maintain our leadership position for years to come.”