With orders on the rise in nearly all of its markets, the leading supplier of laser material processing systems is in positive mood. 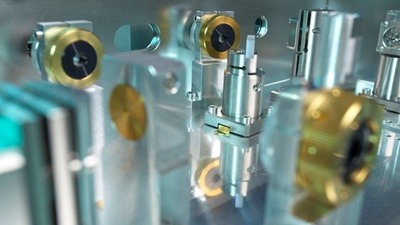 Germany-based Trumpf, one of the world’s leading providers of laser systems and manufacturing tools, says that strong order momentum will drive a double-digit percentage increase in sales for its current 2010-2011 fiscal year.

The family-owned company endured a tough period following the downturn of late 2008 and early 2009, with the sudden slump in demand hitting key sectors such as automobile manufacturing. But with orders gathering strength since the start of 2010, Trumpf is now seeing sustained demand for its lasers:

“Orders received at Trumpf have been on the rise in nearly every market, with the upturn gaining speed towards the end of the fiscal year,” said the company, whose fiscal year ends on June 30. “This is especially true for our laser division.”

Since its acquisition of the UK-based fiber laser specialist SPI Lasers in October 2008, Trumpf has enjoyed a portfolio covering virtually every laser technology used in materials processing – whether the application is macro processing for heavy industry or micro-drilling for high-precision in semiconductor production.

Wide portfolio
With that wide range of laser systems now available, it can be difficult to know which is best for any given application, and Trumpf has been working to address this confusion. For many, the choice boils down to this deceptively simple question: “Carbon dioxide or solid-state laser?” But with diode-pumped, thin-disk, fiber laser and direct-diode systems each falling under the “solid-state” umbrella, the answer is not as straightforward as the question suggests.

Trumpf’s Arnd Szegalowski addressed the issue at the recent congress of the German Welding Society in Nuremberg, explaining that it is the specific application detail that provides the answer.

For cutting applications, the key factor is the thickness of the material being cut. For thin metal sheets, a solid-state laser has a distinct speed advantage. Usually processed at a high feed rate, with a flat (rather than angled) cutting front, the shorter wavelength of the solid-state laser couples well to thin sheets of metal.

“Solid-state lasers show considerable advantages for stainless steel sheet thicknesses of up to 4 mm,” said Szegalowski. “Compared with the CO2 laser, they cut faster and are therefore more efficient and productive, with the same high cutting quality.”

What the CO2 laser provides is a greater flexibility when it comes to thickness – its better absorption at a steeper angle of incidence yields better coupling into the material being cut, and means that it cuts through either thick or thin targets with ease. 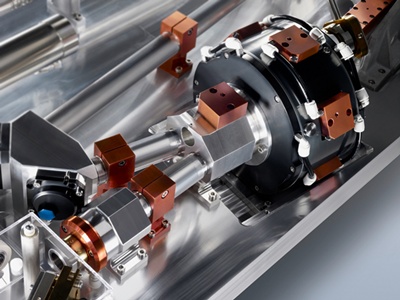 Fiber or disk?
But with the range of options now available, the next question facing a customer that wants to cut thin material is which type of solid-state laser to select? Both fiber and disk-based sources can be suitable for cutting, says Trumpf, with direct-diode systems largely restricted to welding and brazing at present. The disk configuration features in both its new TruLaser 5030 and TruLaser Cell 7040 cutting machines (both are fiber-guided – although not fiber lasers), which are used for 2-dimensional and 3-dimensional cutting, respectively.

Because of their generally lower power output, fiber lasers are best suited to cutting thinner materials, for example metal foils or sheets up to 1 mm in thickness with a power of up to 1 kW. But, while the diffraction-limited beam produced by a fiber laser is ideal for economic processing of thin material, the same characteristic presents a problem with thicker materials: “The small focus point is unfavourable because the die clearance is too small, and waste produced during cutting cannot be blown out,” Trumpf says.

As a result, although the company expects to see a slight general shift away from CO2 lasers and towards solid-state lasers, it believes that the disk configuration will take the lion’s share of the market for the latter. And this is a considerable market – Trumpf estimated the 2008 market for laser systems used in materials processing to be worth €6.5 billion. That figure no doubt dropped in 2009, but should show a strong recovery for 2010. Tom Hausken, an analyst at the market research company Strategies Unlimited who specializes in photonics, says that the market for CO2 laser sources will be worth $700 million in 2010.

“Our gut feeling says that the proportion of solid-state laser cutting systems will be [roughly] 30 per cent,” Trumpf suggested to optics.org.

Untapped potential
Perhaps more importantly, the company believes that the market for laser systems is far from saturated, with only 10-20 per cent of potential applications having been tapped so far. Key trends in favor of the technology include the move towards using advanced materials in all sorts of products, from more efficient cars, to medical devices, to next-generation aircraft.

Trumpf sees ultrafast lasers as one of the key technologies that will enable mass-production of products based on such materials. “With pulse durations of less than 10 picoseconds, they offer the potential to process new materials, such as composite fibers, in high-volume production environments,” said the company.

Because the pulse durations are so short, the laser processing is effectively “cold”, with no time for heat to be transferred from the laser pulse to the processed material – the result is that pulses inject energy in a highly targeted way, meaning no heat-affected zones comprising either molten material or burrs.

Shortly to release its annual report and financial results for the difficult 2009-2010 fiscal year, Trumpf certainly appears to have recovered from the downturn very well - although since they only run up until June 2010, those results perhaps won't fully reflect that recovery. But with a full range of laser technologies in place, the company looks set for robust growth over the next few years.