Strong results from the semiconductor and lithography giants suggest sustained demand – for now.

Following Intel’s reassuring forecast – it predicted healthy worldwide demand for its products for the rest of this year – ASML confirmed that it would increase spending on research and development as previously indicated:

“The successes of the TWINSCAN NXT:1950 and of the NXE:3100 have confirmed our R&D investment strategy,” said ASML’s CEO Eric Meurice.”We will proceed with an increased R&D budget of about €140 million per quarter, as long as demand remains strong.”

For the third fiscal quarter of 2010, the company, which is based in Veldhoven, The Netherlands, and has a dominant share of the lithography systems market, posted net sales of €1.18 billion ($1.65 billion). That represented a strong sequential increase from the second quarter of 2010, while net profit also increased to €269 million.

Crucially, the company’s outlook looks strong, on the back of increased bookings. “We booked € 1.30 billion worth of systems in the third quarter of 2010 and expect bookings in the fourth quarter to exceed the Q3 level, confirming our potential for 2011 sales growth,” said Meurice. 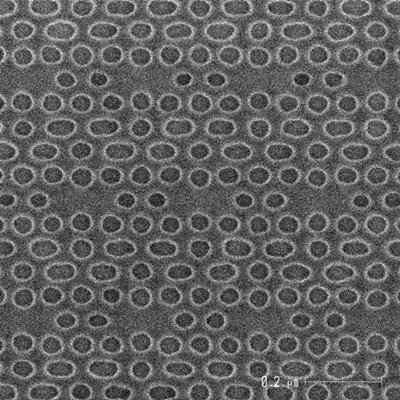 Looking further forward, ASML also reported new developments in its extreme UV (EUV) lithography technology, on which it is collaborating closely with key excimer laser supplier Cymer. ASML is currently shipping the first of its second-generation “NXE:3100” EUV systems, with five more scheduled for delivery between now and the middle of next year.

In parallel, ASML has now received orders for eight of its third-generation “NXE:3300” systems, which will be delivered from 2012 onwards. Negotiations for additional orders are set to be closed during the current quarter, Meurice added, while the company is now building an extension to its new EUV factory. Those systems will be able to produce features sizes measuring just 17 nm in volume production.

The positive sentiment from Intel and ASML should go some way to calming fears of a “double-dip” recession hitting this key market. Although the microelectronics industry is notorious for its abrupt swings between booms and slumps, Intel had raised those fears when in August it cut its revenue forecast for the third quarter from $11.6 billion to $11 billion. Actual sales for the period turned out at $11.1 billion.

At present, it appears that chip manufacturers are continuing to benefit from the sweeping consumer demand for products such as tablet PCs and smart phones. That, coupled with the hiatus of capital investment witnessed during 2008 and 2009, means that those manufacturers still need to add capacity to meet demand.

That is backed up by ASML’s order patterns: the company booked orders for 60 systems during the latest quarter – compared with just 58 in the first three quarters of 2009. So far in 2010, it has booked 169 systems, and currently has a backlog of some 110 systems still to ship.