Cymer's senior management says 2011 will be a growth year for lithography as the company posts increased revenues for Q3 2010. 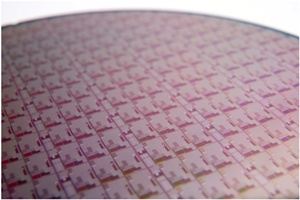 A quarter of solid financial performance was the message investors received from excimer laser company Cymer as it posted revenues of $141.7 million for Q3 2010, up from $131.8 million in the previous quarter. Milestones this quarter included the shipment of a third extreme ultraviolet (EUV) source to ASML and the first installation of an EUV source at a memory manufacturer.

The San Diego firm’s outlook for Q4 and 2011 is also encouraging, with senior management predicting increasing demand for the company’s range of deep ultraviolet (DUV) light sources, further development and commercialization of EUV sources and a growing opportunity in organic LED display manufacture. Revenue for Q4 is predicted to be in the range of $140 to $145 million.

Commenting on the outlook, Cymer’s CEO and chairman Bob Akins said: "In the third and fourth quarter, we have been rewarded with future key selections from the memory sector in response to the demonstrated performance and reliability of our argon fluoride (ArF) and krypton fluoride (KrF) sources. We will continue our commitment to develop and commercialize our laser-produced plasma (LPP) EUV source technology, and our TCZ tool for next generation OLED panel display manufacturing."

A strengthening position in DUV
Akins believes that Cymer’s historically strong market position with logic and foundry chip makers will continue to strengthen. “Our installed base of ArF light sources continues to increase and we expect ArF pulses to represent a growing percentage of gross pulses for the foreseeable future,” he said. “In Q4, we expect pulse utilization to be high and expect to ship a greater number of light sources as compared to Q3.”

In the third quarter of 2010, Cymer shipped 35 light sources, of which 25 were ArF immersion and 10 were KrF. This brings the total number of light sources shipped in the nine months ended September 2010 to 61 ArF immersion,27 KrF and a single ArF dry source. The rise in sales is thought to be due to chipmakers continuing their investment in technology and capacity additions, in support of existing fab expansions and new fab build-outs.

The only negative was a gross margin that was below the company’s July guidance. “During Q3, we added 146 light sources to OnPulse coverage in Asia and pro-actively installed advanced performance enhancements on ArF immersion sources which are uniquely available under OnPulse,” commented Akins. “As a result, our start-up expenditure was higher than anticipated, but we believe this additional investment and improved customer tool performance and up-time has been and will continue to be a differentiating factor in chip-maker light source selection.”

The most significant new feature available under OnPulse is an improved master oscillator chamber, which is said to have a longer life and provide significantly better performance than its predecessor. This enhancement is said to have been “a major driver for closing business this quarter”.

Akins added that customers in all three chip-making sectors have selected OnPulse coverage and that more than 50% of the active installed base is now included. OnPulse revenue now represents approximately 70% of Cymer’s total installed base product revenue and approximately 60% of the company’s total quarterly revenue.

Committed to EUV and OLEDs
Akins and chief financial officer Paul Bowman left investors under no illusions as to Cymer’s commitment to EUV going forward. Investors heard phrases such as “we continue to be extremely focused on EUV source development” and “our commitment to EUV source leadership is unwavering” in quick succession and there was also the promise of a “sizeable investment” in material, engineering and field personnel and infrastructure by Bowman to deliver current and next-generation high-volume EUV manufacturing sources.

In the OLED space, Cymer teamed up with Carl Zeiss back in 2005 to form TCZ, a company focused on developing laser crystallization production equipment for the advanced flat-panel display market. Five years on and TCZ’s products are beginning to make their mark.

“We installed a TCZ tool at an Asian customer site in Q2 2010 and we are working with this display maker towards acceptance,” said Bowman. “We continue to conduct numerous demonstrations with other display makers to validate the capability of our tool. We believe that OLED display technology for handheld devices, laptops and TVs will soon become more widely adopted and our TCZ tool is differentiated to support panel makers with its capability to deliver high throughput and uniformity.”