Chairman Jerry Rawls says that the optoelectronic component and module maker has reached its targeted financial model earlier than expected. 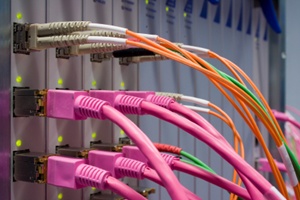 Sales rose by more than 10 percent sequentially to reach $207.9 million, exceeding the upper limit of its financial guidance, while Finisar also set a record income for its continuing operations of $19.4 million.

The company, which is primarily focused on subsystems and components used in fiber-optic communications, is seeing particular demand pull from networking applications requiring data transport at speeds faster than 10 Gb/s, as optical network and data center operators continue to invest in technologies to support increased bandwidth demand.

The good financial performance is expected to continue into the second quarter, as bookings remain robust: Finisar predicted an increase in sales revenues to between $215 million and $230 million.

According to the market analyst company Lightcounting, the addressable market for Finisar products will grow at a compound rate of between 15 and 20 percent over the next three years, as the demand for bandwidth continues to grow.

Finisar anticipates a particularly strong demand for its ROADM line cards and wavelength-selective switches (WSSs), and the company will launch a new range of WSS products based on its liquid-crystal-on-silicon (LCoS) technology at the forthcoming European Conference on Optical Communications (ECOC).

Finisar’s management also noted that demand for 100 Gb/s products was also beginning to emerge, with several million dollars worth of backlog now in its order pipeline.

With almost $200 million in cash on its balance sheet, Finisar will use that liquidity to pay off some debt and expand capacity in the short-term. But in the longer term it will also be eyeing potential acquisitions, seeing itself as a consolidator within the fiber-optic sector.

• Shares in Finisar rose 15 percent in value in early trading, following its announcement of positive results and guidance.