Analysts at Lux Research identify the best IPO prospects in solar for the coming year, and the companies that are most likely to fail. 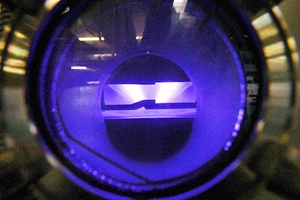 The volatile solar market will rationalize extensively over the next year, with the handful of leading companies likely to have successful initial public offerings (IPOs) outweighed by several others going to the wall.

Jason Eckstein, the lead analyst of a new report from Lux Research, told optics.org that many of the companies focused on copper indium gallium diselenide (CIGS) photovoltaics modules would struggle to remain afloat, as pioneers of the technology bifurcate into two distinct camps.

The predictions are the result of Lux’s self-styled “innovation grid”, which ranks each module company according to the strength of its position in the solar market, based on factors such as the strength of their technologies, business execution and relative maturity in the marketplace.

Among CIGS players, Eckstein identifies three that have moved into the “dominant” market position on the grid – the Q-Cells subsidiary Solibro, Miasolé and Solar Frontier. Describing the forthcoming developments as a “much needed shake-out in CIGS”, Eckstein predicts that by next year this sector will look a lot more sparse, with many companies failing to stay the course.

On the positive side, Eckstein sees concentrating photovoltaics (CPV) specialist Amonix as a leading contender to pursue an IPO within the next year, along with the CdTe module producer Abound Solar. 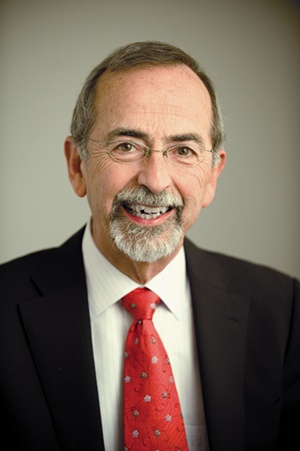 Top contender
“Amonix is a top contender,” says Eckstein. “Successful project developments in the coming year could open the door for an IPO, [while] Abound is swiftly following in the footsteps of First Solar.”

Currently in the process of building a vast new production facility in Las Vegas, Nevada, Amonix has attracted praise from no less a figure than President Obama in recent weeks, and is partly funding the Nevada ramp using $6 million in tax credits provided by the US Department of Energy. With some 14 MW of CPV installations already in the ground, Eckstein describes Amonix as “leaps and bounds ahead of the competition”.

“They, more than any other CPV company, have made the approach bankable”, said Eckstein. Like its closest CPV competitor on the Lux performance grid, Germany-based Concentrix Solar, Amonix uses refractive optics in the form of a Fresnel lens to concentrate sunlight onto small, high-efficiency multi-junction cells.

Although the cells and dual-axis trackers required for CPV are expensive, Amonix has set itself apart by using low-cost acrylic optics and developing a largely out-sourced manufacturing approach. As a result, the US-based company has been able to demonstrate the advantage of the very low fixed capital cost associated with CPV, combined with the high performance in sunny locations.

Now that Amonix has shown that CPV can deliver on its promises in areas of high insolation, much larger, utility-scale projects are starting to emerge. Just last month, Cogentrix Energy, a wholly-owned subsidiary of Goldman Sachs, announced a contract for a 30 MW CPV project to be built near Alamosa, in southern Colorado.

Amonix will be providing the CPV systems for that installation, which is sited at high altitude and in one of the sunniest locations in the US – perfect for CPV. The 225-acre project is expected to be completed in the second quarter of 2012.

However, looking beyond Amonix and Concentrix, it seems likely that many other CPV firms will struggle to survive an extended shake-out. The Spanish company Isofoton, badly affected by the cap on solar installations imposed in Spain during 2009, has all but stopped its CPV efforts, says Eckstein. Greenvolts and OPEL have both recently attracted further funding, but remain at an early stage of development, as does the start-up Morgan Solar. And while SolFocus has been well funded and has some 2 MW of systems in the ground, Eckstein feels that its relatively expensive optical technology (compared with Amonix) will ultimately work against it becoming a dominant player in the CPV market. 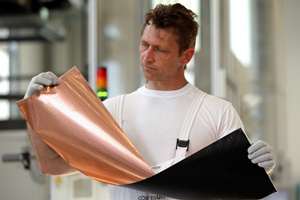 Solyndra fiasco
But while the next shake-out will impact all the solar technology sectors, it is likely to be the CIGS module companies that feel the worst of it. “Venture capitalists terrified by the Solyndra fiasco will be hesitant to re-up for cash-hungry CIGS manufacturers and will cut their losses,” says Eckstein. “Formerly vaunted CIGS developers like Nanosolar, Heliovolt, and possibly Odersun and Sulfurcell, will close their doors forever after investors refuse to throw good money after bad.”

Part of the problem with CIGS is that each of the companies developing the technology has taken an individual approach, thus requiring the costly development of specialist tools. This has impacted Solyndra in particular, and although Eckstein feels that the company may continue to “sputter along” for a period, it is ultimately doomed to fail:

“Companies like First Solar were recapitalized several times, but the difference with Solyndra is that it is already at hundreds of megawatts of production capacity, so investors’ appetite for doing so has been greatly diminished,” he explained. “If it is unable to come up with a technological breakthrough, reaching high yields and low costs, many of these investors will simply walk away and leave the company to close its doors.”

At the dominant end of the CIGS spectrum, Solibro and Miasolé have already been able to push down the manufacturing cost of their modules to much lower levels than Solyndra, meaning that they are moving into a position where they can challenge crystalline silicon modules for small-scale, rooftop applications.

Having taken time to address problems with its production process earlier, Miasolé recently said that it was producing modules with an efficiency in excess of 14 percent. Solibro has made similar achievements, and both, along with Solar Frontier, have shown that it ought to be possible to approach a manufacturing cost of $1/W.

Return on investment
Interestingly, Eckstein’s headline market predictions for CPV and CIGS are broadly similar – despite the far greater amount of investment that has been thrown at CIGS, both by the private sector and in the form of loan guarantees.

Not surprisingly, the Lux market forecast suggests that CPV is currently trailing CIGS. The market is only just beginning to take off, and Eckstein believes that it will deliver around 100 MW in 2011 – a figure echoed by rival analyst iSuppli. The CIGS market may be twice that size already, but, by 2015, Eckstein thinks that both are likely to be running at an annual rate around 500 MW (iSuppli suggests 1 GW for CPV in 2015). The implications is that CPV, with its much lower fixed-capital requirements, is likely to provide a much better return on the total investment made.

Outside of the emerging solar markets of CPV and CIGS, 2010 has seen a boom in project installations based on the incumbent silicon and CdTe module technologies, with installers keen to lock into the high feed-in-tariff rates available in Germany while they still can. This has created perhaps a false impression of the health of the market, and helped to stabilize module pricing – for the time being.

Eckstein warns that this situation will change: “Manufacturers cannot deny that the direction is down, and they have prepared for that future trench war of scale.” The inevitable upshot of future declines in module prices will be the increased dominance of Chinese suppliers such as Trina Solar, Yingli and Suntech Power. 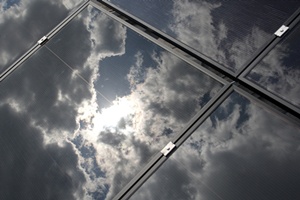 Thin-film silicon module suppliers will also be squeezed out by a new breed of flexible CIGS technologies under development at large materials companies such as 3M, Saint-Gobain and Fuji Film. “Ascent Solar and SoloPower have finally fulfilled the long-awaited promise of flexible CIGS modules, putting the final nail in the coffin for thin-film silicon manufacturer Uni-Solar,” says Eckstein, who concludes that prospects look grim for all but the best-positioned thin-film producers:

“Thin-film silicon companies are falling behind as customers of Applied Materials' SunFab prove economically unviable, while Oerlikon customers are hanging in there, if just barely, in the face of cheap silicon. Xunlight, also pursuing thin-film silicon, will be pushed out of the market before it ever gets a foothold.”

• Lux Research's "State of the Market" reports on a variety of energy-related topics including photovoltaics can be accessed here.