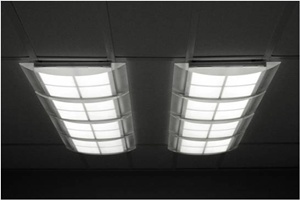 The ceiling-mounted system, where each luminaire consists of four 15 cm x 15 cm white OLED lamps that snap into Armstrong’s modular structure, has been developed under a $1.9 million US Department of Energy (DOE) program, and could become a commercial product within two years.

While the market for OLEDs used in lighting applications remains at a very early stage, with no high-volume manufacturing infrastructure yet in place, the significance of this latest development is the efficacy of the white-light output. Each panel operates at 58 lm/W, a figure that translates to a luminaire efficacy of 51 lm/W.

Janice Mahon, the VP of technology commercialization at UDC, told optics.org that achieving such a high efficacy at the system level was one of the key achievements of the DOE project, which she says has delivered a performance competitive with that of early commercial OLED lamps, such as Osram's breakthrough ORBEOS product. The brightness of the UDC/Armstrong system – often regarded as the Achilles’ heel of OLED lighting technology – is a respectable 1000 cd/m2.

Lifetime trade off
OLED brightness is intrinsically linked to panel longevity, and although the UDC panel can deliver a higher brightness, this would come with an unacceptable reduction in the panel’s useful lifetime. But Mahon says that, with a lifetime of more than 5000 hours, the 1000 cd/m2 brightness is sufficient for certain niche, high-value applications, for example lighting in museums – where the lack of an ultraviolet component in the light emitted is beneficial for preserving works of art that could be damaged by harsher illumination. 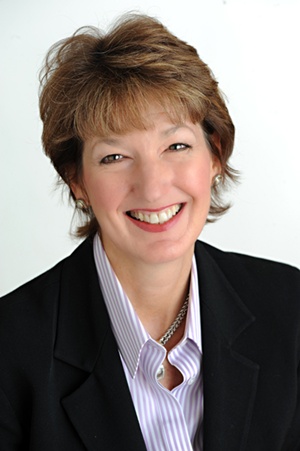 Although the performance of the system is already good enough for these kinds of commercial applications, it will be some time before any such OLED lighting products appear in the volumes required to bring costs down to an acceptable level. “The key challenge facing the industry is the investment in manufacturing capacity,” Mahon said. UDC is itself seeking to address the problem through a $4 million, two-year project that has also been funded by the DOE, via the American Recovery and Reinvestment Act of 2009.

Working in conjunction with the US subsidiary of the Indian manufacturing giant Moser Baer, UDC is aiming to demonstrate the scalability of its “UniversalPHOLED” technology for volume production by setting up a pilot line. That line should be completed by mid-2012, indicating a likely time for the commercial debut of white OLED lighting products.

Another key challenge that UDC is working on concerns light extraction, which is at present limited to only 20 percent of the light generated by the emitting material. “We still need to identify a thin, low-cost out-coupler,” said Mahon, who believes that it should be possible to increase the extraction figure to 60 percent. One possible solution is simply to use a large lens, but this is not seen as practical, as the size required would add weight and size to the panel, and detract from the slim overall profile of OLED lamps – something that is regarded as a key aesthetic advantage.

Despite the difficulties that are associated with OLED lighting, Mahon predicts that the technology will in the future happily co-exist with solid-state lighting (SSL) based on conventional inorganic LEDs. “Room designers and architects are likely to use both [technologies],” Mahon said. “OLEDs will be better at delivering diffuse light, while conventional LEDs will be used for applications where there is a need for more concentrated light.”

She expects that need to result in true commercial applications of white OLEDs in general lighting applications by 2014, and is skeptical about the ability of LED-based SSL to deliver the kind of cost reduction that will be required for the most price-sensitive applications.