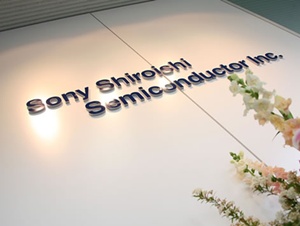 Sony is to begin mass production of two new high-power violet diode lasers, including a 405 nm emitter capable of delivering a 400 mW output.

The “BDXL” lasers, designed primarily for Blu-ray Disc (BD) recording applications for both PCs and standalone high-definition video players, will be manufactured at the company’s Shiroishi Semiconductor subsidiary, which is focused on semiconductor device production.

The company has released two different lasers, one delivering a maximum output of 350 mW and the other 400 mW. Although the output power is the highest achieved by the company with a production-worthy emitter operating in the blue-violet region, it is lower than some of the similar lasers produced by Nichia Corporation. However, the Sony laser output cannot be maintained at that level continuously, so fast switching at a 50 per cent duty cycle ensures that the devices work in pseudo-CW form.

Sony says that improvements to its gallium nitride (GaN) epitaxial deposition method and the end-face coating material used in the laser facets have enabled the increased power output compared with its previous generation of 300 mW devices.

Both of the new lasers operate with a threshold current of just under 40 mA and at an operating voltage of about 5 V, with pulse widths of 30 ns to ensure that the semiconductor stack is able to cool down sufficiently during the “off” cycle.

BD recorders are much more popular in Japan than in the West, which has somewhat limited the available market for the high-power sources. According to a report produced by market forecasters at Strategy Analytics earlier this year, the overall market for GaN-based laser diodes will approach $1 billion in value by 2014.

By far the most important application, in terms of market value, is the BD player and recorder segment, including PC and games console applications. Global shipments of BD players are expected to grow from around 20 million this year to more than 100 million by 2014 – with each player requiring a 405 nm laser diode.

Other applications of the high-power sources could include biophotonics, computer-to-plate printing and professional data storage.