New study shows that laser-induced fluorescence technique can reduce the cost of screening for colorectal cancer. 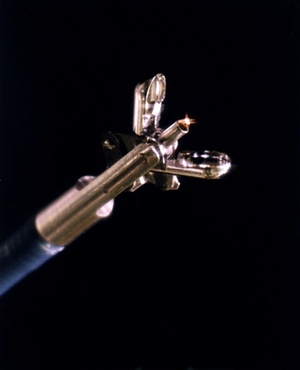 “The study essentially described how fewer, more targeted physical biopsies taken as a result of the ability to isolate diseased tissue with the WavSTAT system can reduce the overall cost of screening,” said SpectraScience.

Colorectal is the third-biggest cancer killer in the US, according to figures from the American Cancer Society, with some 148,000 new cases diagnosed in 2008. And although survival rates are good when the disease is diagnosed at an early stage, SpectraScience says that early diagnosis is achieved less than 40 percent of the time. Reducing the cost of making that early diagnosis ought to mean that more people are able to survive.

Important finding
Jim Hitchin, CEO at SpectraScience, said of the latest study: “This is an important finding and fundamental benefit of the WavSTAT system. With rising healthcare costs a primary concern, our system can provide healthcare providers with significant hard-dollar value.”

Hitchin estimates that some 3 million colorectal cancer screenings are carried out in the US each year. With projected cost savings of approximately $15,000 attributable to the latest study of 383 patients, the CEO calculates that using WavSTAT for all screenings could potentially save more than $100 million.

The WavSTAT Optical Biopsy System is based around a low-power UV laser emitting at 337 nm. The fluorescence signal that is re-emitted allows physicians to distinguish between normal, pre-cancerous and cancerous tissue, meaning that they can take a smaller number of targeted physical biopsies during a screening, saving time and cost.

The latest generation of the SpectraScience system, which was unveiled at the Digestive Disease Week conference in New Orleans earlier this year, is also being evaluated for similar use in esophageal and lung cancer screening. The updated system has already launched in Europe, while a full-scale market launch is expected in the US in the next few months.