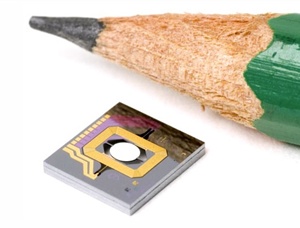 Innovative display technology company Microvision has agreed a $60 million equity financing scheme that it believes will help it to transition prototype products to full commercialization.

Under the terms of the deal, Azimuth Opportunity – an investment company based in the British Virgin Islands – may be issued with up to 17.7 million shares in the Redmond, Washington, firm over a 24-month period.

Microvision has developed a novel, laser-based display technology that is compact enough to be used in conjunction with mobile handsets. However, the development of its technology platform has proved to be very expensive and the company has run up huge losses over the past few years.

“Together with our existing financial reserves, this financing vehicle gives us an additional resource to accomplish our commercialization and growth strategies for our patented pico projection technology,” noted CFO Jeff Wilson.

Although Microvision is not compelled to use the $60 million facility, it would appear extremely likely that it will do so. In its latest financial results, for the second quarter of 2010, the company posted a net loss of $11.1 million on revenues of only $2.1 million.

Encouragingly, it does appear that order momentum for the its pico projectors is now picking up, with Microvision’s order backlog hitting a record high of $20.1 million in the second quarter of 2010.

But with costs likely to increase as the company ramps to commercialization, and losses exceeding $35 million in each of the past two financial years, Microvision’s existing cash holdings have dwindled to just $19.6 million.

Financial tightrope
In its previous filings with US Securities & Exchange Commission (SEC), the company admitted that it would need to find additional financing to continue operating beyond January 2011. Microvision’s auditors also added a note about the company’s ability to remain a going concern.

One of the difficulties that Microvision has encountered concerns the availability of the green lasers that are crucial to the pico projector design, but which are also the most technologically complex because they rely on frequency-doubled infrared emitters. Direct green laser diode emitters have only been developed very recently and remain very costly. However, Microvision CEO Alexander Tokman said recently that the company has begun to resolve its supply issues.

“We continue to see an increase in our green laser supply and smooth conversion of raw materials into finished goods. This will become increasingly important in the second half of 2010 as we plan to deliver larger volumes of products to customers to meet their strong demand,” said Tokman.

“Customer response to the SHOWWX laser pico projector has been very positive,” added the CEO, noting that its recently developed 15 lumen prototype, which produces brighter images than previous generations, had been particularly enthusiastic.

The next few months look to be absolutely crucial for Microvision, with the company walking something of a financial tightrope as it brings products to market and aims to meet the undoubted demand for the laser-based projectors.

And while the maximum $60 million available through the agreement with Azimuth ought to provide sufficient funding for initial commercialization, it will inevitably lead to a dilution in equity for existing shareholders in the company.