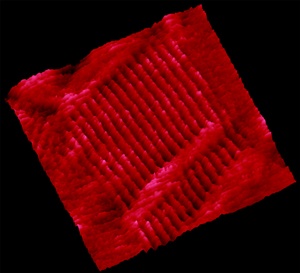 With the sale of its metrology division to rival Bruker for $229 million, Veeco Instruments has signaled its intention to focus heavily on the emerging photonics cleantech markets of LED lighting and photovoltaics.

Already approved by the boards of both companies, the move can be seen as the culmination of a significant strategic change by Veeco, consolidating a move away from analytical instrumentation used in research laboratories and towards capital equipment deployed on an industrial scale. That scale appears about to gather yet more momentum, thanks to a potentially huge contract from a new Chinese LED manufacturer.

Sold to Bruker are two of the US company’s key scientific instrumentation product lines: the atomic force microscopy (AFM) unit based in California and the optical industrial metrology (OIM) unit based in Tuscon, Arizona. Both are set to be integrated within Bruker’s Nano division.

Stellar transformation
Looking at the dramatic change in order patterns at Veeco in recent years, it becomes obvious why the company has decided to focus its efforts away from scientific instruments. Back in late 2003, when the company acquired Emcore Corporation’s metal-organic chemical vapor deposition (MOCVD) equipment business for around $80 million, high-brightness LEDs were full of potential, but the market was still at an early stage.

MOCVD equipment is the single most important piece of kit required to make LED epiwafers, the semiconductor form in which all LEDs are produced. Six years later, Veeco’s acquisition has delivered – big time. While MOCVD reactor sales accounted for the company’s smallest business unit until just a couple of years ago, in the past 18 months the transformation has been nothing short of stellar.

The reason? Two key LED markets - backlighting of televisions, and solid-state lighting – have started to fulfil the potential that Veeco first identified back in 2003. Such has been the overwhelming demand for Veeco’s MOCVD instruments that sales of the reactors will make up the vast majority of Veeco’s anticipated 2010 revenues of around $1 billion.

Crucially for Veeco, the MOCVD equipment market is not a crowded one: at least, not yet. For the moment, it largely shares the demand with its German rival, the market-leading Aixtron. That two-party dominance is likely to change soon, however. Semiconductor equipment giant Applied Materials is poised to release a commercial version of its high-throughput LED-manufacturing tool, while the Korean company Jusung Engineering and newcomers in China are making similar moves to capitalize on the expected ramp in LED production.

Market cornered
But, for now, the market remains cornered by Veeco and Aixtron – as evidenced by Veeco’s latest sales deal: to supply its industrial-scale K465i MOCVD reactor as the “tool of choice” in two new LED factories being built in China by local company Elec-Tech Optoelectronic Technology.

And since Elec-Tech wants to become a big noise in the LED sector, the scale of that deal could be huge. As the Elec-Tech chairman Tony Wang announced last week: “We selected Veeco as our preferred and primary supplier for the vast majority of the 130 MOCVD systems we will be installing at our new factories.”

At an average historic selling price in excess of $2 million per system, the opportunity for Veeco in the LED sector then becomes obvious, dwarfing the relative potential of the AFM and OIM product lines. It clearly became apparent to Veeco that the company needed to simplify its business, and increase the focus on process equipment and away from metrology. “Process equipment and metrology are different businesses with limited synergies,” said the company.

In addition, the $229 million cash paid by Bruker will be useful, providing additional flexibility and financial power to pursue acquisitions – “including those in cleantech,” noted Veeco.

If any future cleantech acquisitions work out as well as the $80 million deal that Veeco agreed for Emcore’s MOCVD business back in 2003, the company would surely be more than happy.