Despite a difficult and tragic quarter, Emcore is making good progress with its solar business and is riding an upturn in fiber-optics. 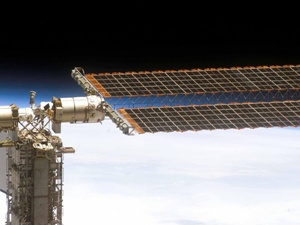 The delay comes after a turbulent summer for the company. In July, two Emcore employees were shot dead at the firm’s Albuquerque headquarters in an incident relating to domestic violence, while both its CFO and CTO left during the quarter to join other companies.

Added to that was a White House decision to block the planned sale of 60 percent of its fiber-optics business unit to a Chinese investment company, while the US International Trade Commission (ITC) has backed allegations of patent infringement brought against Emcore by Avago Technologies.

But despite these difficulties and now the delay in reporting its third-quarter financials (relating to certain inventory write-downs), Emcore’s senior team remains in upbeat mood.

That is partly because the company is riding a wave in the fiber-optic sector, where its tunable transceiver products are now being shipped to five major telecommunications customers, but perhaps more significant in the longer term is Emcore’s recent agreement to form a joint venture with the Chinese company San’an Optoelectronics.

Terrestrial solar power
The result of that venture is 'Suncore', a company that will kick-start Emcore’s efforts in the area of terrestrial solar power. While the US company is already highly successful in the space solar cell market, which CEO Hong Hou describes as a 'cash cow', its efforts to develop the business for terrestrial concentrating photovoltaics (CPV) have so far been faltering.

But the agreement with Sa’an – China’s largest producer of LED chips – will create a platform for low-cost production of CPV, as well as a major increase in its order pipeline. In alignment with Chinese law, Emcore will own 40 percent of the equity in Suncore, and is providing $12 million to start up operations, with San’an providing the other $18 million.

Crucially, San’an brings to the table an existing 'non-cancelable' 10 MW CPV project that will serve as the ideal launch vehicle for Suncore, adding to Emcore’s own 2 MW CPV pipeline. "We are very optimistic that this finally marks the beginning of a successful launch of the CPV business," Hou said. One more important aspect of the deal is that an affiliate of San'an, which has a $3 billion market capitalization, has committed to providing a loan to support the business ramp-up of CPV. "They will be shouldering all the future working capital needs," said Hou.

Commenting on the CFIUS decision to block the equity sale relating to its fiber-optics unit, the CEO said that, according to the share purchase agreement, Emcore would be obligated to pay a termination fee of approximately $2.8 million due to its inability to secure certain regulatory approvals. However, the company is now working to restructure the deal in a way that does not require the same export control licensing. As a result, that termination fee is now expected to be waived.

In relation to the Avago patent ruling, and the ITC’s decision to block imports of certain optical components by Emcore, the company has set about re-designing its products to eliminate any infringement. "We expect the product with the new design to be fully qualified in the September quarter and interruption to this line of business is minimal," commented Hou.