Advanced lighting to cut energy use 60%

LEDs, fluorescent lamps and automated control techniques will have a huge impact from 2014 onwards, says analyst. 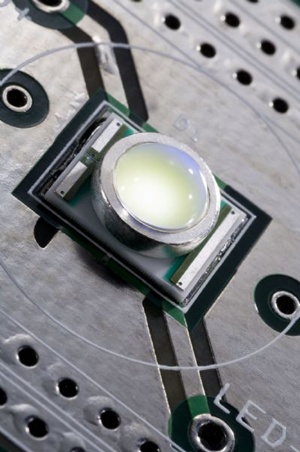 By 2020, the deployment of advanced technologies including light-emitting diodes (LEDs) will reduce energy consumption relating to lighting by up to 60 percent.

That’s according to a new report published by the market analyst company Lux Research, which specializes in emerging technologies. “Lighting is poised for the most dramatic shift in its 150-year history,” states the report.

Michael LoCascio, lead author of the Lux report, believes that improvements to lighting efficiency through the use of solid-state emitters and automated control will reduce electricity demand for building illumination by 15 percent.

“If you want to improve a building’s efficiency, lighting is the first thing you should look at,” said LoCascio. “With the potential cost savings that new technologies like LEDs afford, advanced building illumination is on track for rapid and sizeable adoption.”

Part of the problem with the prevailing lighting technology in buildings is the amount of heat that it produces – meaning that in warmer climates additional power is needed to remove heat through air conditioning.

With the efficiency of LEDs improving all the time, the need for that additional power is expected to decrease significantly in the coming decade.

LoCascio points to 2014 as the year when LED-based products will start to make a significant impact on the lighting market, in terms of the market share by number of lumens emitted. In fact, LED-based lamps are already becoming available, and are expected by bulb manufacturers to take significant market share by value well before 2014.

However, this share will be skewed by the very high cost of LED lighting – measured in terms of lm/$, the technology is more than an order of magnitude costlier than incandescent bulbs currently.

“LEDs’ Achilles heel is cost,” admits LoCascio in the Lux report. “Costs are high because of the combination of chips plus luminaires replete with reflector cups, control electronics, optics and heat sinking.”

As a result, the up-front cost of LED lighting is upwards of $50 per kilolumen emitted. This has been confirmed by the very recent launch of LED-based equivalents to 40W and 60W bulbs from the likes of GE, Philips, Toshiba and Osram Sylvania, which have been priced at around the $40 mark and typically produce in the region of 800 lumens.

LoCascio expects those costs to be driven down in part by the huge increase in LED manufacturing volumes that will take place over the next couple of years, as factories in Taiwan, Korea and China ramp up production. At the moment, the knowledge required to make the kind of ultra-high-efficiency LEDs suitable for solid-state lighting applications remains the preserve of leading chip manufacturers such as Nichia, Cree, Osram and Philips Lumileds.

But as that know-how trickles through to new volume producers, and yields of high-performance emitters are improved through refined manufacturing techniques, LED chip prices will start to tumble, says LoCascio. That trend will be aided by developments such as the recent patent licensing agreement between LED maker Cree and global lighting giant Philips. 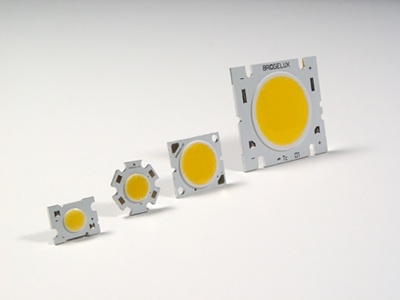 “The critical cost point to reach is $10 for a 60 W equivalent,” the analyst told optics.org. When this is achieved, which is expected to be around the 2014 or 2015 period, LED lighting will start to proliferate in all lighting applications, including the highly cost-sensitive residential market.

But other markets such as government and commercial lighting, where the payback period of high-efficiency lighting is shorter, will be penetrated long before that.

Lux believes that white LEDs currently have just a 1 or 2 percent share of the commercial, industrial and government lighting market, by lumen. By 2015 that share is expected to have risen to around 30 percent. By 2020, white LEDs are forecast to have captured around 40 percent of the residential market for general illumination.

With an estimated 31 percent of the developed world’s electricity supply used to illuminate buildings currently, the impact of new lighting technologies on energy consumption will be profound.

The Lux Research report "The future is so bright: Energy, carbon and cost savings through better lighting" is available now.