"A" class general LED bulbs launched by top lighting firms this year are the start of a push to replace familiar incandescent lights in our homes, discovers Andy Extance.* 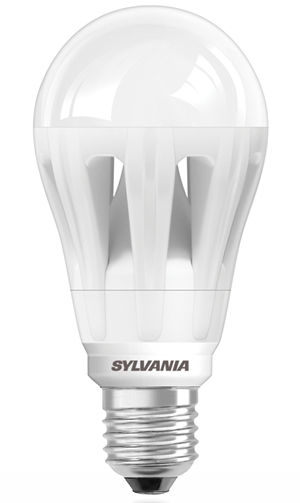 Las Vegas is well known for its bright lights, but if you were there in May this year, you would have been even more dazzled than normal. Yet even as the Lightfair International lighting trade show illuminated Nevada, there were signs of a change to be discerned amid the glare. LEDs have long been discussed as an energy-efficient replacement for conventional lighting and have gradually worked their way into a number of niche applications. Now, some of the world's largest companies have raised the stakes in this effort, with a swathe of announcements targeted at the everyday bulbs used in buildings across the world.

The Lightfair was one of the first opportunities to see GE's 40W and Philips' 60W LED-based incandescent bulb equivalents which, among others, are set for launch at the end of 2010. These bulbs typically offer an 80% energy saving and 25-fold lifetime extension over incandescents. But what do these products really prove? There are plenty of other LED lighting fixtures available, while the energy-efficient bulb role is already being served by compact fluorescent lamps (CFLs). So are drop-in replacements for our everyday bulbs that important?

Ellen Sizemore, product manager for LED retrofit lamps at Osram Sylvania believes that they are, especially the 60W “A-class” general illumination bulb that her company has developed. “It's a big breakthrough to have a replacement for the 60W incandescent out there,” Sizemore said. “They are now going to be able to replace, one-for-one, the incandescent bulbs being used in the home. It is a huge step forward.” Sylvania's bulb looks set both to narrowly grab the title of brightest – at 810 lumens compared with Philips' 806 lumens – and be the first of the latest generation to market, launching in early fall.

Stepping stone
However, even this looks dim in comparison to some A-class LED bulbs that have been announced this year. Toshiba has been demonstrating a 1690 lumen prototype that also tackles a key challenge holding back the uptake of LED lighting: light distribution. “The biggest problem is focussing the light and projecting it in the best way possible,” explains Adam Hawdon, LED product marketing specialist at Toshiba International Corporation.

Compared with the well-distributed illumination that we're so used to from incandescent bulbs, LEDs provide a much more directional beam of light Consequently, many of the LED-based fixtures produced so far have been lamps for tasks where this isn't a drawback, or parabolic aluminized reflector (PAR) lamps, which traditionally exploit optics to turn an incandescent into a directional beam. Conversely, making such lamps from LEDs is easier, while general illumination requires more optical innovation.

This year's developments clearly show that manufacturers have been achieving this, not least Toshiba, whose 1690 lumen lamp also boasts a 260° lighting angle. “We've been able to taper the beam and really create something that looks identical to an incandescent in beam spread, but also a lot more uniform,” Hawdon says. “Our 1690 lumen A19 is only a prototype as of right now, but it's a stepping stone that we've developed to get us to a lower-cost, omnidirectional replacement.”

More optical obstacles facing bulb makers arise from how LEDs produce white light, by combining blue emission from a semiconductor chip with the output from phosphors that convert that blue light to yellow. Hawdon notes that some parabolic and reflector lamps can separate these two colors, giving beam spreads with unsightly yellow rings. However, he suggests that this issue has also been resolved.

“The only hurdle we have left as an industry is getting our color rendering index (CRI) to the equivalent of an incandescent,” Hawdon says. Combining a blue chip and yellow-emitting phosphor results in a much “colder” white light than incandescents do, and CRI is one indicator of this quality. “Right now the upper CRI that LEDs are at is around 92, while incandescents are at 99,” Hawdon noted. He believes that using quantum dots as phosphors, where wavelengths absorbed and emitted can be tuned by controlling the dot size, is one of the most promising solutions to this problem. 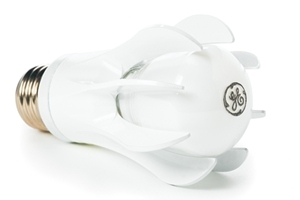 Ramp-up
Despite the progress highlighted by the latest products, Osram Sylvania's Sizemore points out that it remains early days for LEDs in the general lighting market: “Across the industry energy efficient bulbs of all types have a low double-digit percentage share of the United States market, and LEDs are a sub-portion of that,” she explains. “But we do believe strongly that LEDs are going to be future of the lighting business. We expect the lighting market to double in value over the next five years, and we believe that in five years LEDs are going to represent 60 percent of that market.”

Whether this prediction is achieved depends to a large extent on pricing, but that driver will largely be controlled by the outlets stocking the bulbs, Sizemore says. “In the United States, the average family spends $200 a year in electricity for their lightbulbs,” she notes. “The opportunity to cut that by 80 percent is what we're talking to retailers about, and we think that's what they're going to be thinking about when they price this for their shoppers.”

The formative stage of the US market is also demonstrated by the fact that Toshiba only began selling LED lights – including A-class bulbs – into it in May. However, elsewhere in the world, LED lighting uptake is more advanced. Hawdon highlights that in Toshiba's Japanese homeland such products are already commonplace in stores. “You walk into one of their electronics stores, and they've got two aisles of LED bulbs, and they've got every type you could ever imagine,” he enthuses.

In the US market, initial uptake has been focussed among industrial and commercial customers, where current prices of around $50 for an A19 lamp and $50-60 for a PAR lamp are seemingly proving a good investment on the basis of longevity and energy efficiency. “Rapid adoption is taking place,” Hawdon says. “Six months ago even, direct replacement wasn't possible because the cost per lumen wasn't there. We've gotten to the point where the output is pretty much equivalent to a traditional source of light.”

Nevertheless, much work must be done to get LED bulbs into the home of the average consumer. “Our goal in the next year is to start bringing LED A-lamps to a price point where a typical American can walk into a store and buy them,” Hawdon says. “These will be products that are high quality, low cost, something that they can see a payback on more quickly than waiting five years after paying $50 for an A-lamp.” 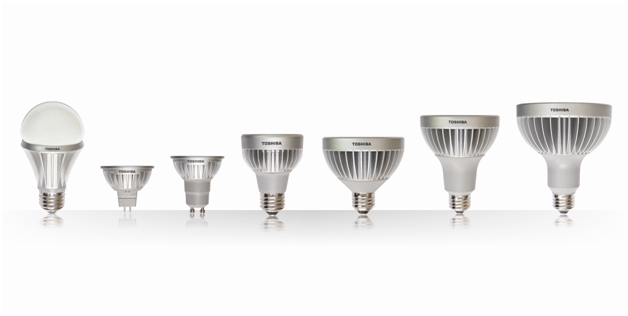 Andy Extance is a freelance science writer and market analyst based in Exeter, UK.