Optical systems undergo testing with the aim of preventing miscarriages of footballing justice.

By Karen Thomas, Editorial Assistant at SPIE, publisher of optics.org. 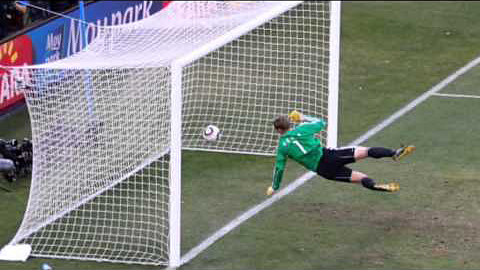 Whether you call it football or soccer, whether the ball crossed the goal line is critical to get right. FIFA will decide soon how to deal with controversial goal decisions.

On 5 July 2012, IFAB (International Football Association Board), the rule-making body of FIFA (Fédération Internationale de Football Association), will meet in Zurich to make an historic decision: whether or not to approve the use of goal-line technology (GLT) in soccer. The process leading to this decision has been long in the making and riddled with controversy.

During the 2010 FIFA World Cup in South Africa, a disallowed goal by Frank Lampard of England's team caused an uproar among fans and players (see video clip below). This incident and other controversial calls during the 2010 games added fuel to the long-standing debate over whether or not GLT should be used in the "beautiful game".

The debate over GLT was raised again by an incident at a European Championship match between England and Ukraine 19 June. A goal by Ukraine was missed by a referee and the nearby assistant, giving England a 1-0 victory. UEFA's chief refereeing officer, Pierluigi Collina, later stated that goal should have been allowed. A new convert for GLT, FIFA president Sepp Blatter then tweeted, "After last night's match #GLT is no longer an alternative but a necessity."

FIFA has a cursory history with GLT, having tested different systems at the U-17 World cup in Peru in 2005 and the FIFA Club World Cup in Japan in 2007. The systems were then dismissed as not accurate enough. When investigations showed that the judgment against Frank Lampard's goal in the World Cup match against Germany had been wrong (photos showed the ball had clearly crossed the line), FIFA decided to take another look at GLT.

"Frank Lampard's kick was spotted by the entire world but not the match officials, says Blatter. "Everyone saw it on the screen but the result was not changed. I wouldn't be again in a World Cup and witness another situation like that -- I would die."

Video clip from World Cup 2010 shows Frank Lampard's notorious goal that was not spotted by the referee.

Nine companies signed up for the initial testing, which took place between September and December 2011. EMPA (Swiss Federal Laboratories for Materials Science and Technology) conducted the independent testing in conjunction with FIFA. IFAB created a list of requirements and technology specifications for the companies to meet.

Balls kicked across the goal line from various spots on the soccer field comprised one of the first tests. Each system had to detect 100 percent of these goals, or they were out of the game. Of the nine companies submitting GLT technologies, one dropped out before testing began. Six of the remaining contestants did not pass the first series.

"We can understand people wondering why if they can put a man on the moon, why can't a technical solution be found for GLT?" says Neale Barry, head of refereeing for the English Football Association. "But Phase 1 of the tests, where six of the eight companies failed, has proven this is not as easy as people think." 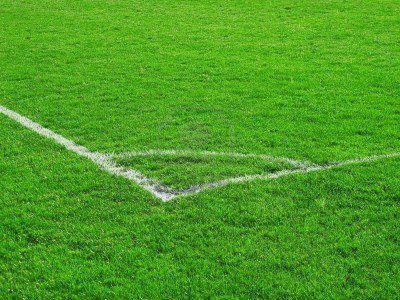 Spot the ball; Not as easy as you might think.

In March 2012, EMPA announced that two of the nine companies -- GoalRef and Hawk-Eye -- had met the criteria set by IFAB, and would be further submitted to EMPA's rigorous system analysis, which include such tests as firing a ball from a ball-shooting machine into a wall similar to a goalkeeper in shape and size. The "wall" starts out in front of the goal line and is moved backwards in increments, until it eventually sits behind the goal line. The GLT technologies must accurately determine if the ball has crossed the line.

Two of EMPA's test team members, Rolf Staempli and Michael Koster, state that since the beginning of the test process last Fall, they have observed between 3000 to 4000 test shots, using high-definition cameras at 2000 frames per second.

GoalRef, developed by the Fraunhofer Institute for Integrated Circuits IIS (Germany), uses a radio-based system that tells the referee immediately whether or not a goal was valid.

"Imagine a still lake with no wind; the water is completely flat," says Rene Dunkler, communications and PR manager for GoalRef. "If it begins to rain, the first raindrop disturbs the surface of the water. When our ball crosses the magnetic field, this 'disturbs' our system, and we can pinpoint that the ball has crossed the goal line.

"Our system works with ten antennas mounted on the goalposts and crossbar -- encased in plastic," Dunkler continues. "An antenna ‘exciter' partially below the ground is connected to a processor. Inside the ball, three electronic coils sit between the bladder of the ball and the ball panels. When the ball enters the goal, the antenna system is activated and ‘excites' the processor. Once the magnetic field has been crossed, signaling a goal, the wireless radio frequency signal is transmitted to the referee's watch. We believe we can achieve all this in less than 0.5 seconds."

The Hawk-Eye system from Sony Corp's Hawk-Eye Innovations (UK) is currently being used in international tennis and cricket tournaments. Like those systems, the Hawk-Eye GLT for soccer combines optical recognition with several cameras to process images in a bank of computers.

Utilizing six cameras per goal to track the ball on the pitch, the system's software uses "triangulation" to pinpoint the exact location of the ball. If the ball crosses the goal line, an encrypted radio signal is sent to the referee's wristwatch to indicate a goal has been scored. This process takes place in less than one second.

"It's an exciting time to be working at the vanguard of technology in sport," says Hawk-Eye's technical director, Paul McIlroy. "The development team is relishing the opportunity to build on our experience from tennis and cricket in developing a brand-new system for football."

Similar technologies are currently being used to back up refereeing decisions in a variety of sports. A line-calling system is used in tennis to determine exactly where he ball falls when linesmen and umpires may not see it. In cricket, this technology can back up "leg-before-wicket" decisions and verify tries in rugby.

Former professional tennis player Pam Shriver was pleased with the results when Hawk-Eye was first used in a tennis match in 2006. "As a player, and now as a TV commentator, I always dreamed of the day when technology would take the accuracy of line calling to the next level. That day has now arrived" says Shriver. Whether or not players and officials of the "beautiful game" will be as thrilled, remains to be seen. Even if IFAB gives their approval for GLT, teams will not be required to use it.

"If the IFAB approves one or both systems, a League or Association could choose to stay as they are," says Alex Stone, Senior Media Relations Manager at FIFA. "Or they could implemement a GLT system only, implement the Additional Assistant Referees (AARS) only, or implement both GLT and AARs together." At the meeting in Zurich, IFAB will also be deciding on whether or not to approve the AARS sytem, in which assistant referees support referees in a match, but don't make binding decisions.

"The IFAB is a very conservative organization, and it has only changed the Laws of the Game over 127 years when it has felt it is for the betterment of the game across the world -- for fans, players, and everyone involved," says William Campbell of the IFAB Technical Sub-Committee. "People might say a positive decision in July is a chance to make history, but we are fully aware of the responsibility we hold."