Focusing on core business and lean manufacturing has led to a period of stable growth and profitability since 2010. 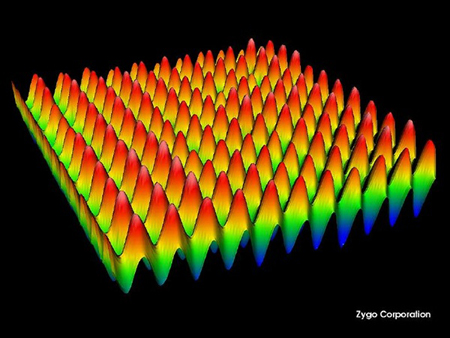 There is no denying that these are challenging times for any company involved in the photonics industry. While headlines regularly report the fragile nature of the global economy, ubiquitous margin pressure forces a focus on key competencies and core strengths to enable companies to succeed in an increasingly competitive marketplace.

At Zygo, the metrology and high-precision optics specialist based in Middlefield, Conn., US, a focus on core business and lean manufacturing has led to a period of stable growth and profitability over the past two years following two years of losses in 2009 and 2010.

During the past year, the company has landed contracts worth US$7 million from medical device manufacturers and US$11million from the semiconductor industry. And, in its latest financial statement for the third quarter of fiscal 2012, the company reached a significant milestone: gross margin of 50.5%, the company's highest reported margin since 2001.

This impressive turnaround and prolonged steady growth are noteworthy achievements in the current economic climate. According to John Stack, the president of Zygo’s Optical Systems Division, this has been achieved through a focus on business fundamentals and by leveraging the company’s unique technical strengths.

For example, the Zygo Optics Division can produce extreme surface accuracies of 0.1 nm rms for EUV lithography and provide unique system manufacturing capabilities to key markets such as life science, semiconductor and defense.

“We maintain a healthy balance among our three core businesses,” said Stack. “The semiconductor, life science and defense markets share our core design and manufacturing capabilities, which enables us to leverage similar resources, providing the ability to target all three of these markets. The diversity of this market dispersion provides our customers stability of supply as their markets cycle.”

The life science market is a particularly good example. Many of the applications that Zygo’s products target are those that require active aligning of high-precision objectives. One such application is DNA sequencing, where parallel processing is essential as multiple wells need to be looked at both independently and simultaneously, and put to a sensor.

“The issue of light gathering has to be addressed, so I need a fast system, and one that has control over wavefront and distortion,” commented Stack. “This is starting to look more and more like a semiconductor lithography lens. Many of the analytical objectives being used in the biomedical world are trending towards what the semiconductor people have been requiring - a balance of fast lenses, great wavefront control and low distortion.”

Much of this convergence is being driven by vast improvements in detector technology. “These improvements have opened many doors for us, as one needs good optics in front of these detectors,” said Stack.

“Our customers are doing precise beam delivery, precise parallel processing or precise imaging, such as 3D imaging. For example, we can create 3D images by using three sensors that are very accurately aligned, which requires off-axis systems. From a technology point of view, we have a real competitive advantage here as a metrology-based manufacturer.”

A relatively recent addition for Zygo was the acquisition of ASML’s operations in Richmond, California, in November 2010. This has now been rebranded as Zygo’s Extreme Precision Optics (EPO) group and not only gives the company an additional 55,300 square-foot manufacturing facility but also a new set of employees with vast experience of producing some of the world’s most precise optics. This knowledge is now being applied across the board for applications ranging from extreme ultraviolet (EUV) lithography to aerial reconnaissance.

In terms of EUV, Zygo is working with the College of Nanoscale Science and Engineering (CNSE) within the University at Albany, State University of New York, NY, to develop EUV lithography optics to be incorporated into the fifth-generation micro-exposure tool (MET-5) at CNSE's Albany NanoTech Complex. The MET-5 program is being managed by the SEMATECH consortium and is intended to extend semiconductor lithography resolution capability to less than 16 nm.

“For MET-5, we are working on what are arguably some of the most precise optics ever made,” commented Stack. “We will produce an assembly incorporating a two mirror Schwarzschild set, and it will be a true one-of-a-kind optic. At the accuracies we are targeting, nothing can be taken for granted. As ASML and others continue pushing the adoption of EUV, we at Zygo intend to continue expanding our offerings. Our goal is to be a major player in EUV optics markets.”

An important area for Zygo is defense, and in particular the high-precision optics that are required in aerial reconnaissance. Here again as in life science, improved sensor technology is driving the need for better optics, which in turn is creating a smarter battlefield. For Stack and Zygo, this means a focus on imaging systems as well as coatings.

“We are working on a range of technologies such as multispectral packages for unmanned aerial vehicles and freeform optics for heads-up displays,” said Stack. “We are also working on durable coatings. In the infrared, you can use diamond-like coatings which are very hard. For multispectral imaging systems, however, one needs more traditional coatings, but they have to be extremely durable. We have put a lot of energy into this, and offer some unique solutions, especially on soft materials like cleartran.”

That said, many companies are conscious of defense budget decreases, but Stack is of the opinion that things are returning to a base level. “The mainstream defense budget really hasn’t gone down,” he said. “I would say that it is normalising back to a pre-war spend and mission. Looking forward, we have to ensure that we have the right capabilities for what the defense industry will need.”

Jacqueline Hewett is a contributing editor to Optics.org