The displays industry has undergone a revolution over the past decade. Corning’s new glass suggests a flexible future.

Look at any analysis of the global photonics market and one thing is immediately apparent: that the displays industry makes up by far the largest single chunk. And thanks to the development of liquid crystals, flat-panel displays now surround us and are part of everyday life, from smart phones and tablet PCs to glasses-free 3D televisions.

So ubiquitous have they become that it’s easy to forget just how quickly this has happened. Go back only a decade, and the cathode ray tube was still the dominant format for TVs and monitors. Now the CRT is history, as far as manufacturers are concerned, a technology to be found in the museum rather than the home or office.

Will the LCD go the same way as the CRT in the next decade, usurped by organic LEDs and the long-heralded emergence of flexible, “roll up” displays and e-readers? In Boston last week, a few clues emerged, as the industry gathered for the annual Society for Information Display (SID) conference and show, now billed as “Display Week”. Here’s our round-up of the developments that may come to shape the future of the fast-moving world of displays: 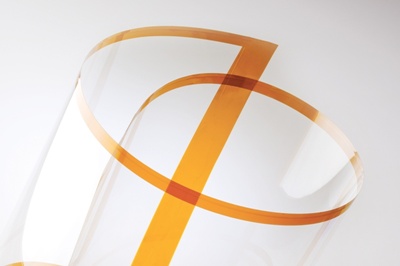 Ultra-thin glass
One of the key technical developments behind the LCD revolution was Corning’s famed “Gorilla” glass. The US company is one of the displays industry’s key suppliers of cover glass, with Gorilla used in a vast number of smart phones and other consumer products.

So Corning’s announcement of a new ultra-thin (just 0.1 mm), flexible glass is something that should make everybody sit up and take notice. Dubbed “Willow”, the material is said to withstand processing temperatures of up to 500 °C and make continuous roll-to-roll production of flexible displays possible for the first time. Corning is already shipping samples to customers developing ever thinner, bendier displays, with commercial shipments of both plain Willow and ITO-coated material expected to start later this year.

But the applications of Willow glass will not begin and end with consumer electronic devices. Although initially targeted at the displays industry, Corning says that Willow could also find use in lighting applications – with obvious potential in OLED lighting and for thin-film photovoltaics.

Corning may have stolen the SID show, but it is not the only glass company to have come up with ultra-thin glass recently. At the Optatec trade exhibition held in Frankfurt, Germany, last month, Schott showed off its own wafer-thin borosilicate glass, designed for use in micro-electro mechanical systems (MEMS) manufacturing.

Ranging in thicknesses from 0.7 mm down to 0.1 mm, Schott’s “MEMpax” glass has a fire-polished surface and is said to have similar properties to the company’s well-known Borofloat 33 product.

The fire polishing yields a very high-quality surface, while the physical properties of the material support anodic bonding to silicon wafers. Schott says that this should see the glass being used to protect the silicon components inside consumer electronics devices, for example motion sensors in phones or games consoles. 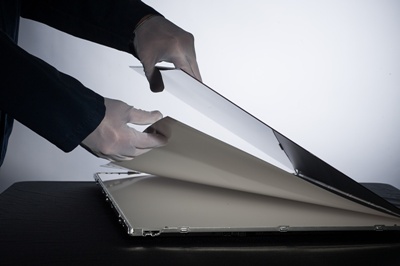 LCDs vs OLEDs
Two of the oft-repeated advantages of OLEDs over LCDs are their much better color reproduction, and potential for the kind of ultra-thin and flexible displays at which Corning’s Willow glass is aimed.

But LCD makers are innovating too, and another global materials company – this time 3M – used Display Week to launch two innovations that could prolong the precedence of LCDs over the emerging OLED threat.

As well as a new collaboration with venture-backed Nanosys to dramatically improve the color range of LCDs, 3M used the Boston show to announce its new “OneFilm” product, which should lead to even thinner televisions, signs and monitors.

According to Jim Bauman, VP and general manager of 3M’s optical systems division, the company can now produce a single film that performs all of those optical functions.

“As a result, LCD manufacturers can benefit from the reduction of materials and costs, as well as design simplification, inspection and assembly processes to enable even thinner, light-weight displays,” he said.

The multi-tasking film is based on the company’s “collimating multilayer” technology, which is able to collimate light without using conventional refractive elements such as prisms. Instead, it reflects light hitting the edge of the film at a wide angle back into a cavity, while providing higher transmission for photons at closer to normal incidence.

According to 3M, the technology is currently being evaluated for applications in TVs, signage, and notebook PC applications, with customers attracted to the potential for lower material wastage and, no doubt, cost. 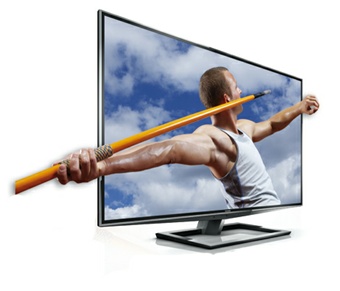 Award winners
SID’s annual awards – last week held for the 17th time – recognized many of the key trends in displays. Winning the gold award in the “display of the year” category was the Taiwanese company AU Optronics, for its 55-inch glasses-free 3D TV.

Currently the world’s largest glasses-free 3D TV to be commercially available, the screen offers a remarkable 3840 x 2160 resolution, and can be changed from high-definition 2D format into 3D via a simple switch, thanks to what it describes as “lenticular lens” technology (although this reduces the resolution to standard HD levels). The AU Optronics display features in Toshiba’s REGZ 55X3 model.

SID’s silver award in the main category went to Qualcomm for its “mirasol” MEMS technology, which already features in commercial e-readers to give better readability in bright sunlight while also extending battery life. It works by mimicking resonant optical cavities with reflective interference and a fast switching speed.

Among the other award winners was Samsung, for the 5.3-inch active-matrix OLED display used in the Korean company’s own Galaxy Note smart phone. Samsung is by far the world’s leading producer of AMOLED screens right now - giving it a key advantage over arch rival Apple until other providers can come up with a reliable large-volume supply of the technology.

Samsung and LG are also both in the process of scaling up their AMOLED technology for use in TVs, with models expected to hit stores by the end of the year. However, not everybody expects OLEDs to make such a major impact on the TV market. Analysts at Lux Research reckon that commercial adoption of the technology will be slow because unlike LCDs, scaling up the size of OLED displays leads to a significant cost penalty.

“New materials, such as metal oxide TFTs, and processing equipment will improve but not reverse this reality over the next five years,” says Lux. “There are no commercial TVs using OLED today, and in total, the 2017 market for OLED TVs will be [only] $325 million.”

Manufacturing
Aside from the headline-grabbing talk of bendy displays, there were a host of more prosaic announcements during the Display Week show. They included Schott’s new “Xensation” ultra-strong cover glass – which should help those prone to dropping their smart phones on hard trade-show floors by offering much greater resistance to breakage and scratches.

“The ability to implement TrueTest throughout the FPD supply chain provides consistency from line to line and facility to facility as it increases throughput and reduces costs,” claimed Hubert Kostal, VP of sales and marketing at Radiant Zemax, which was formed by the merger of Zemax Development Corporation and Radiant Imaging last year. “TrueTest is Radiant Zemax's fourth-generation production test sequencer, and is a major leap forward in capability, ease of use, and processing speed.”