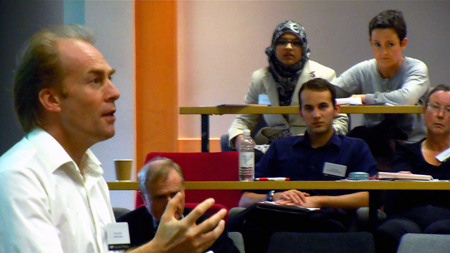 Prof. Peter Smowton of the Physics and Astronomy Department at Cardiff University.

A two-day conference and gathering of the great and the good in the solid state source community was held at Warwick University, UK, at the end of September to celebrate the fiftieth birthday of the diode laser. Prime organizer was the UK’s Institute of Physics - notably its Quantum Electronics and Photonics and Semiconductor Physics groups.

In October 1962, four papers were submitted for publication reporting the realization of the first lasers operating in semiconductors pumped by a p-n junction. These were rudimentary structures compared with today's devices yet they set in train a series of developments, which have revolutionized data storage and communication systems, with innumerable economic and social benefits.

The first gallium arsenide laser diode was demonstrated in 1962 by Robert Hall at the General Electric Research Center, who just pipped a group led by Marshall Nathan at the IBM T.J. Watson Research Center. Nathan himself spoke at the Warwick celebration and amusingly expressed some frustration about coming second all those years ago.

Jim Coleman, who spoke at the birthday bash, himself had been taught by Nick Holonyak, who had built the first visible wavelength diode also in 1962. Gallium arsenide diode lasers were coincidentally devised in the Soviet Union in early 1963 by a team led by Nikolay Basov. 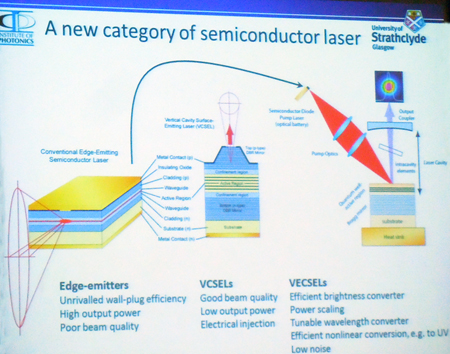 Key speakers on the first day of the Warwick celebration included: Maurice Bernard from France, who described how infrared coherent light was for the first time emitted from semiconductor crystals in the early 1960s; Marshall Nathan from the US, who presented his personal recollections of the events around the invention of the injection laser at IBM in 1962; Yuri Popov from Russia along with Cyril Hilsum and Robin Thompson from the UK. Jim Coleman from the University of Illinois, spoke on landmark developments since that time through heterostructures, quantum confinement and strain.

After the history lessons on day one, presenters on the second day brought the gathering up to date with a variety of academic and technical presentations on diode laser developments, as well as describing the growing commercial influence of these devices. 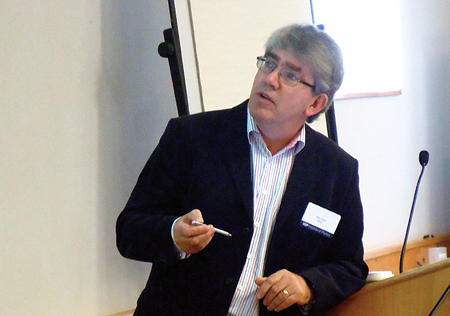 Oclaro’s Chief Technology Officer, Dr. Andy Carter gave an overview of his company as well as presenting an illuminating business perspective on the rapidly proliferating diode laser and its semiconductor laser siblings, whose power has grown from milliwatts to megawatts and wavelength ranges spread throughout the UV-IR spectra.

“There are a lot of future technical challenges, which will be exciting possibilities for laser diodes and related technologies,” he told the conference. “Driving further device and systems integration for access networks to drive out bandwidth into the networks; 100G access will become more and more pervasive - there will be 100G interfaces on the back of your laptop by 2018. Bit rates will go up - it’s going to happen.”

He continued, “Optical power will become commoditised, we’ll be using it for everything; we might even be doing laser fusion with semiconductor lasers and brightness converters, perhaps in applications such as the next-generation of the Large Hadron Collider. Other areas of interest will be laser wake field acceleration, further device integration to drive footprint efficiencies, but the real challenge, to me, is to find the necessary investment and working out how to make money from these developments.” 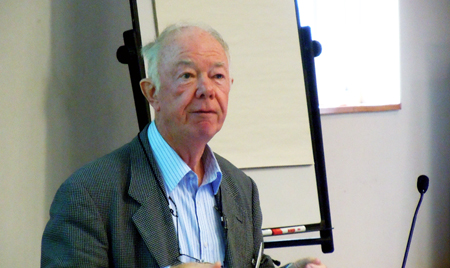 The organizers also invited contributions of posters from PhD students and postdocs describing other recent advances in associated devices and applications. A gala dinner for the delegates was addressed by Prof Sir Peter Knight, President of the Institute of Physics. The main associated papers and proceedings are published in a special issue of the Institute of Physics’ Semiconductor Science and Technology journal.