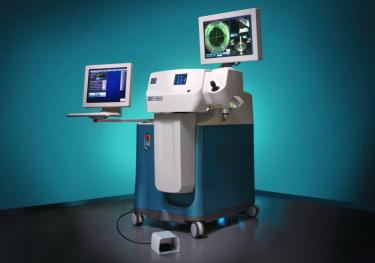 An aging world population ensures that the number of patients needing vision correction procedures of all kinds will grow exponentially over the coming years, with laser-based procedures becoming further established as the best tools for the job.

According to Ophthalmic Lasers: A Global Industry Outlook available from Global Industry Analysts, the global market for ophthalmic lasers will rise from $591.5 million in 2011 to $804 million by 2015, a compound annual growth rate of 7.65 percent.

Increased acceptance of refractive surgery as a safe and reliable procedure has been a significant driver of the market to date, and improvements in the LASIK procedure will ensure that refractive surgery remains a key market for ophthalmic lasers while laser-based cataract surgery becomes established.

North America represents the largest market for both ophthalmic lasers in general and refractive laser surgery in particular, with Europe the second largest. But growth will be fastest in Latin America and the Asia-Pacific region, where the report predicts a CAGR of 11 percent between 2010 and 2015 for the ophthalmic laser sector. By mid-decade the Asia-Pacific market, including Japan, is expected to approach $84.1 million on its own.

Technical advances singled out by Global Industry Analysts as particular spurs for growth include the adoption of wavefront technology in refractive surgery, a method for enabling patient-specific corrective surgery by measuring the unique aberrations present in each individual's eyes, which is described by the report as offering revolutionary results. Another is the adoption of the all-laser IntraLASIK method, in which no physical cutting blade is employed.

Analysts also singled out the significance of developments in optical coherence tomography (OCT), which can now be used in the early diagnosis and detection of certain eye disorders.

As covered previously by optics.org, the arrival of femtosecond laser sources to the ophthalmology space has impacted both refractive and cataract surgery markets. The new report confirms this, but also highlights the costs involved in adopting the new technology and the $400,000 price tag quoted for a femtosecond system as being significant hurdles for ophthalmology practitioners, who often have limited scope for capital investment. These barriers will delay the adoption of femtosecond laser technology for cataracts, with the report predicting that it will take at least five more years for the technology to penetrate globally.

Optimistic outlook
A second market report specifically concerned with cataract surgery also predicts rising demand for laser instruments. Cataract Surgery Devices - Global Pipeline Analysis, Competitive Landscape and Market Forecasts to 2017 from GlobalData states that the global market for cataract surgery devices of all kinds was valued at $3 billion in 2010, and will exceed $3.8 billion by 2017, growing at a CAGR of 3 percent.

The definition of cataract surgery devices used in the report includes not just the surgical devices employed, but also the artificial intraocular lens (IOL) inserted into the eye to replace the clouded natural lens, as well as the ophthalmic viscoelastic devices used to protect the cornea's sensitive endothelial cell layer during the procedure.

In dollar terms, IOLs represent much the largest segment in the global cataract surgery devices market, accounting for $3.1 billion of the 2017 figure. The majority of surgically implanted IOLs are standard monofocal lenses, but premium IOLs are gaining increased adoption because of their ability to improve vision through features including multifocal ability. The higher price tag of premium IOLs means that although they accounted for 13 percent of the US market in 2010, they contributed 39 percent of total IOL revenue.

GlobalData also predicts the further rise of femtosecond laser-based technology, as such sources become more widely adopted for cataract surgery. The caveat is that the concrete impact of the technology on the market cannot yet be analyzed, although the report notes that many eye surgeons are optimistic about the application of femtosecond lasers in cataract surgery.

First in the UK
Practical proof of that optimism came with the announcement from the London Eye Hospital (LEH) that the UK's first cataract procedure using a femtosecond laser had taken place.

Consultant ophthalmic surgeon Bobby Qureshi at the LEH employed an Alcon LenSx laser system for capsulotomy, lens fragmentation and corneal incisions in the procedure. He told optics.org that the system "exceeded our expectations. It has a very user-friendly interface and produces consistent results every time. The laser is usually on for less than 60 seconds during the procedure."

The LenSx system has been CE-mark approved for use in the European Union since January 2011. LEH also owns a Victus system, the femtosecond-laser-based platform developed by Technolas PV and Bausch + Lomb for both cataract and refractive procedures, which received its CE-approval in December 2011.

A third competitor in the femtosecond cataract arena is OptiMedica, whose Catalys system incorporates an OCT imaging capability - a tacit confirmation of the importance of OCT to new ophthalmology procedures found by the Global Industry Analysts report. Catalys was used for the first time in Europe at the University Eye Clinic Bochum, Germany, at the end of 2011.

Tim Hayes is a contributing editor to optics.org