Electronic instrumentation firm is believed to have paid around $50M for the Peabody, MA, provider of vibration-isolation systems. 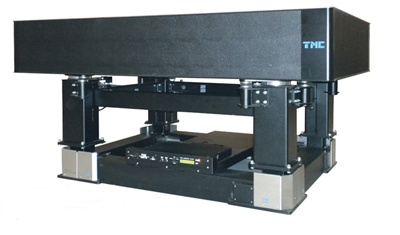 The deal, worth an estimated $50 million, is understood to have closed on December 15, and sees AMETEK push further into the photonics market. According to the Longbow Research analyst Mark Douglass, TMC’s annual sales of around $30 million largely relate to active vibration isolation systems, where it has a commanding market share.

Those sales are split evenly between the life sciences, microelectronics and photonics markets. At present, they are strongly biased towards North America, but AMETEK’s international presence should yield strong growth potential in other geographies, notably Asia.

Deal adds to photonics portfolio
AMETEK’s CEO Frank Hermance said of the acquisition: “TMC is a great addition to our Electronic Instruments Group (EIG), and an excellent fit with our high-end analytical instruments business, including our Ultra Precision Technologies and Materials Analysis divisions.”

The addition of TMC to the AMETEK brand portfolio will provide some obvious synergies, with Douglass expecting the company to bundle TMC’s systems with its existing range of products. In addition, TMC, Taylor Hobson and Precitech will all be exhibiting at the forthcoming Photonics West 2012 conference and show in San Francisco.

Those systems are based on TMC’s patented active piezo technology – an approach that has culminated in the company’s “STACIS” laser table products, a hybrid piezoelectric/air active vibration system that was introduced in 2010 and is said to dramatically improve vibration isolation for optical tables.

TMC is no stranger to high-profile photonics projects – the company won its largest ever contract in 2001 to supply the National Ignition Facility with more than 500 “optical tops”, while in 2004 it engineered a laser pulse amplification system for the same project.

As a veteran supplier in the industry since its founding (initially as Backer-Loring Corporation) back in 1969, TMC’s major competitors in the market for optical tables are some of the best-known names in photonics, including Newport Corporation, Thorlabs and CVI Melles Griot, now a part of IDEX Corporation.