'Under the radar' at Photonics West 2012

Highlighting a dozen of the 'up-and-coming' companies that you might not have heard about who are exhibiting at the San Francisco show this year. 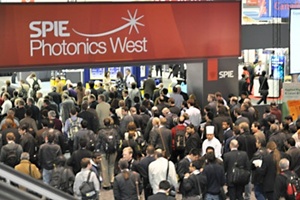 It’s nearly time for Photonics West again, and with both this year’s main event and the BiOS showcase for biophotonics technologies now officially sold out there will be more than 1200 companies showing off their photonics wares.

Among those will be the usual suspects, of course. But there will also be plenty of companies that you may not have come across before, whether they are new start-ups, exhibitors making their debut or simply ones that have stayed “under the radar”. Here’s our selection (in no particular order) of twelve companies that you might want to check out at San Francisco’s Moscone Center later this month:

GLOphotonics (booth #2211): now based in the Limoges area of central France, GLOphotonics was originally spun out of the UK’s University of Bath. Its key technology is the “photonic microcell”, an optical component that – uniquely – is gaseous. Based on a gas-filled photonic crystal fiber (PCF), the microcell is able to convert laser emission to a different wavelength or range of wavelengths, depending on the requirements of each application, and the gas used. Last month, the start-up signed a licensing deal with Denmark’s NKT Photonics over the use of PCF fiber.

Accendo Systems (booth #6060): a start-up from the University of Illinois at Urbana-Champaign, Accendo Systems is has developed femtosecond lasers with a focus on biomedical applications. For such a complex piece of kit, its passively mode-locked “Volcan” laser is extremely small – Accendo claims that at just 8 x 16 inches, the shoebox-sized product is the smallest in the world, with the additional benefit of being completely air-cooled. Pumped by a 5 W diode-pumped solid-state source, it is aimed at optical coherence tomography, multi-photon scanning and fluorescence microscopy.

ZiNIR (booth #4109): based in the south-coast town of Eastbourne in the UK, ZiNIR develops hand-held spectrometers operating – as the name suggests – in the near-infrared region of the spectrum. Says the company of its highly integrated “Solo Spectroscopy” product that will be featured in San Francisco: “Our technology is the only spectrometer where both dispersion and detection functions are co-located within a single structure, a high-Q microring resonator.” Applications include chemical identification and monitoring of materials degradation.

ImmerVision (booth #4401): Canada’s ImmerVision has developed a patented optics technology that provides any camera or sensor with a panoramic, 360° view of its surroundings. A combination of its “PURE” immersive viewing software and “panomorph” lenses, the approach can be used in consumer electronics (for example in 360°, round-table video conferencing), although the company has initially focused on surveillance applications in the security market, as well as working with Samsung on automotive applications of the technology.

greateyes (booth #4601): high-performance camera provider greateyes will be part of the German pavilion at Photonics West, where it will be highlighting applications in low-light-level imaging and spectroscopy ranging from X-rays to the near-infrared. The Berlin-based company is probably best-known for its inspection systems aimed at solar cell manufacturing – using an LED light source to show micro-cracks, cell failures and inhomogeneities in silicon wafer and cell production, which are difficult to detect but impact production yields on the solar production line.

Applied Energetics (booth #4009): making its debut at Photonics West 2012, Applied Energetics hails from the optics hot-bed of Tucson, Arizona, and will be highlighting its range of Yb:YAG ultrafast lasers, aimed at applications ranging from micromachining to biological diagnostics. Founded back in 2002, the company had traditionally focused on the defense market, where it worked with the US military on high-power laser systems. More recently, Applied Energetics has adjusted its strategy, and with the US Marines no longer expected to procure its counter-IED system, the company is now pursuing more commercial applications. It recently completed its new ultrafast laser application center and is collaborating with Laser Light Technologies.

Holoxica (booth #1923): a spin-off from the University of Edinburgh in Scotland, Holoxica will be featuring its full-color digital 3D hologram design and highlighting its work on a completely new type of holographic display. The company was formed in 2008 and recently won a Nexxus Scotland Collaboration Award for its development of the technology in life sciences. The 3D holographic visualization developed at Holoxica provides a new way to view images such as MRI, ultrasound or CT scans, and the company says that it has created the first 3D hologram of a human internal organ – the liver – from patient data. Below: Holoxica video.

Holoxica from Small Majority on Vimeo.

Innoluce (booth #5000): Netherlands-based Innoluce is yet another spin-out from the electronics giant Philips. Founded in 2010, it is focused on a technology that uses two individual silicon MEMS mirrors to enable high-precision two-dimensional laser scanning. “We offer the smallest integrated MEMS based solution, which is used in industrial, medical and consumer products that require ultra fast and accurate scanning,” the company claims. Innoluce has recently won additional backing from its founding investor Dienia Electronics, and says that its double-mirror platform is smaller, consumes less power and is more robust than competitive approaches.

VLC Photonics (booth #5612): the Spanish start-up VLC Photonics will introduce its application-specific photonic integrated circuit (PIC) design and prototype activities in San Francisco this year, highlighting applications across the traditional PIC territory of communications, as well as for instrumentation, aerospace and biomedicine. One key element of the Valencia-based company’s strategy is that it is not tied to any particular technology or semiconductor material, instead basing its design on whatever is the best solution for a given customer – whether that proves to be GaAs, InP or silicon photonics.

AdlOptica (booth #6026): the Berlin company AdlOptica has devised what it calls the “piShaper” - a beam-shaping optic that can be used to convert fundamental TEM00 mode laser emission from a Gaussian to a flat-top profile, with close to 100% efficiency. Compatible with either focused or collimated beams, potential applications include lithography, holographic projection, optical trapping and confocal microscopy. AdlOptica also says that the component works across the spectrum, from ultraviolet wavelengths through to the mid-infrared emission of a CO2 laser.

EpiPhotonics (booth #6084): travelling a far shorter distance to the show will be San Jose-based EpiPhotonics. It was founded in 2007 following extensive work on lanthanum-doped lead zirconate titanate (PLZT) material for electro-optic applications at Fuji Xerox, the Xerox Palo Alto Research Center and the Massachusetts Institute of Technology (MIT). Headquartered in Tokyo, EpiPhotonics’ main research and development effort is sited in California, and this is where the company has devised its PLZT optical switch modules. Aimed mostly at applications in optical communications, the technology can also be used in image and data processing, while EpiPhotonics also offers a foundry service.

Azur Light Systems (booth #2111): entering the fiber laser market is Azur Light Systems, a small company based at the “Routes des Lasers” cluster near Bordeaux in south-west France. In San Francisco, the company will be highlighting its novel ‘blue’ fiber laser (actually on the blue/green borders at 488 nm), which produces a singlemode output of 1 W from a frequency-doubled, ytterbium-doped design. Not surprisingly, its target applications are largely argon-ion replacements in the biomedical arena – for example DNA sequencing, flow cytometry and confocal microscopy. Azur also sells a 10 W singlemode fiber laser operating at 976 nm.