2011 round-up: the year in significant figures

Ten numbers that sum up major developments in optics and photonics this year. 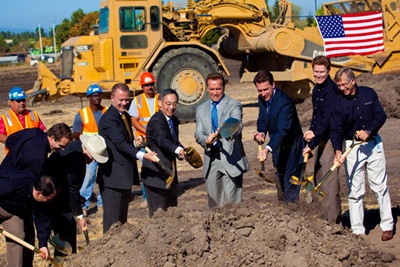 $535 million - the value of bankrupt Solyndra’s loan guarantee from the US Department of Energy (DOE) has come to dominate subsequent debates on the merits of state assistance to photovoltaics manufacturers. China’s central support for producers of crystalline silicon cells and modules may be questionable, but the upshot, for consumers at least, is the prospect of much cheaper solar power. Solyndra’s curious cylindrical designs received a different form of state aid, but may not see the light of day again.

$400 million - the price paid by industrial “solutions” provider IDEX Corporation to acquire CVI Melles Griot, one of the world’s best-known photonics brands, from Norwest Equity Partners. IDEX wants to build an optics and photonics enterprise with a turnover in the region of $500 million, and this acquisition took them about one-third of the way to that target.

€1 billion - the total investment in optics and photonics development between 2011 and 2021 announced by Germany’s Federal Ministry of Education and Research (BMBF) at the LASER : World of Photonics show, held in Munich in May. The €100 million-per-year figure in Photonik Forschung Deutschland guaranteed a good atmosphere at the event, even though it was significantly below the €1.5 billion level that Germany’s photonics industry had initially sought. Nevertheless, the agreed investment is expected to create 20,000 new jobs in the country by 2015.

43.5% - the record-breaking conversion efficiency of a solar cell reported by Solar Junction in April, and confirmed by the US National Renewable Energy Laboratory. The multi-junction cell devised by Solar Junction featured layers of dilute-nitride semiconductor in its design, meaning that more of the solar spectrum can be captured. Solar Junction had also been seeking a DOE loan guarantee to finance building a fab to manufacture the devices, which could be used in concentrated photovoltaics (CPV) systems, in volume. To date, there’s been no word from the company on any further progress.

$75,000 – the median salary earned by somebody working in photonics, according to a survey of 7000 people conducted by the SPIE International Society for Optics and Photonics. Those working in aerospace engineering and research were found to command the highest salaries, while the lowest-paid were found to be in biomedical, civil and environmental engineering sectors.

$31 million - the cash sum paid in September by US medical laser company Syneron to its Israeli rival Palomar Medical Technologies to finally settle a dispute over a hair removal treatment. The dispute had been rumbling for several years, and had been due to go before a Massachusetts court shortly afterwards. A second settlement means that Syneron will also have to pay a minimum 5% royalty on sales of similar home-use systems sold in the US – seen as a major growth area by medical laser firms.

1.606 MJ - the total energy fired by the National Ignition Facility’s 192 ultraviolet laser beams at a tiny capsule containing deuterium and tritium in September. While NIF director Ed Moses was in Europe signing memoranda of understanding for the future development of laser fusion technology for energy generation applications, the Californian laboratory was ramping up the laser energy and neutron yield of NIF’s bursts to new levels. By 2030, says Moses, we could see the first power stations based on the technology. 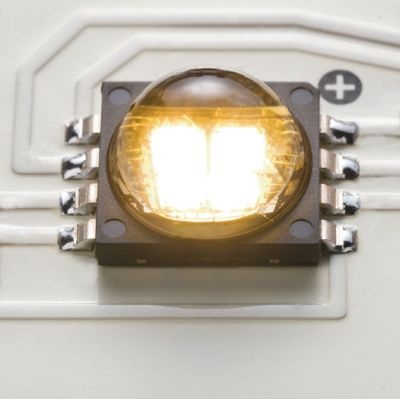 231 lm/W - the new world-record efficacy for neutral-white light LEDs, following development and testing at US chip maker Cree’s laboratories in May. As Cree founder John Edmond commented, it wasn’t that long ago that 200 lm/W had been considered the theoretical maximum efficacy of a lighting-class LED. Cree has gone way beyond those expectations, and now LEDs are widely accepted to be taking over the lighting world - the only question is how quickly that will happen.

$77 million - the size of a record-breaking order for excimer lasers received by Coherent. The lasers will be used in an annealing step in the production of flat-panel displays. Described by Coherent CEO as “the mother lode”, the magnitude of the order meant that the company needed to acquire a new building to produce the sources, and confirms that there is life beyond lithography applications for excimer lasers.

-82% - the collapse in the value of shares in First Solar between a February 16 peak and December 19, shortly after the company announced its radical plan to shift focus to unsubsidized photovoltaics markets. After the remarkable boom of 2010, this year turned out to be a tough one for western PV firms, as demand from indebted European markets slowed considerably, and the price of crystalline silicon modules imported from China crashed by more than half. First Solar, whose thin-film CdTe panels remain the cheapest per-watt offering on the market despite that price trend, is still one of the stand-out performers in the sector.